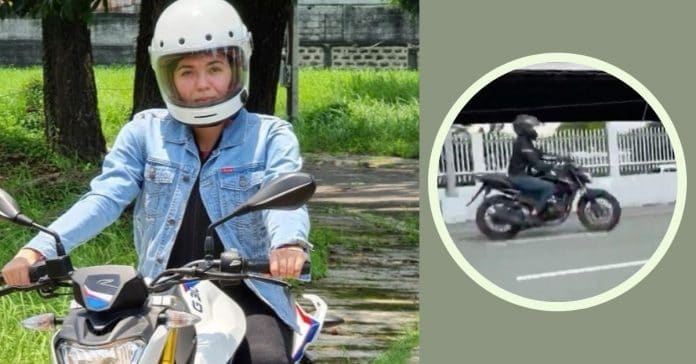 WATCH: Julia Montes gives a sneak peek of her training for Ang Probinsyano

Julia Montes is gearing up for her television reunion with rumored boyfriend Coco Martin for FPJ’s Ang Probinsyano.

On social media, the actress gave her fans a sneak peek of her motorcycle training for the country’s longest-running action-drama series.

“Promise ko po sa inyo to keep you updated. Wish me luck, guys! This is thrilling,” she wrote in the caption.

In the video, Julia swiftly rode through the course multiples and on different motorcycles.

Seems like the 26-year-old is more than ready for the role as she showed off her gun shooting skills on a recent Instagram video.

Back in July, it was announced that Julia is the new leading lady of her rumored boyfriend, Coco in the drama series.

Their reunion came almost 10 years after their first pairing in the hit TV drama Walang Hanggan in 2012.