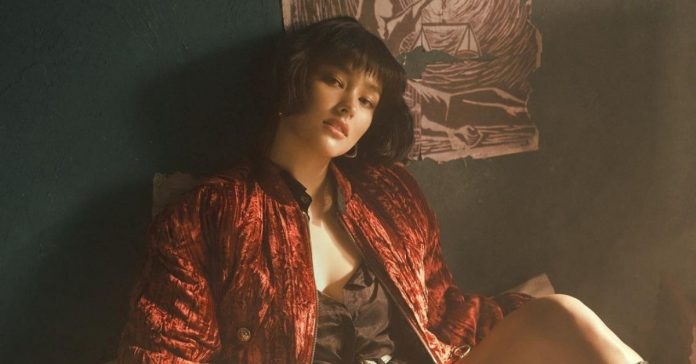 Liza Soberano brought out her inner Alexandra Trese in a fierce photoshoot that celebrated her 10th year in the showbiz industry.

The actress, who lent her voice to the main protagonist in the Filipino-dubbed version of the Netflix Anime series Trese, was more than stunning when she sported a bob and blunt bangs.

“What better way to celebrate my 10th year in the showbiz industry than on @metromagph,” she wrote in the caption.

In another post, she established that her look was inspired by the “aswang” investigator.

The special shoot marking her decade-long career in showbiz was shot and directed by BJ Pascual for Metro magazine.

The comic-based animated series was released back in June. According to the show’s executive producer Jay Oliva praised Liza for being the perfect fit for the character.

“I am a big fan of hers and she fits the character so well. Having Liza play Alexandra Trese for the series makes this project even more special to me and my team,” he said.