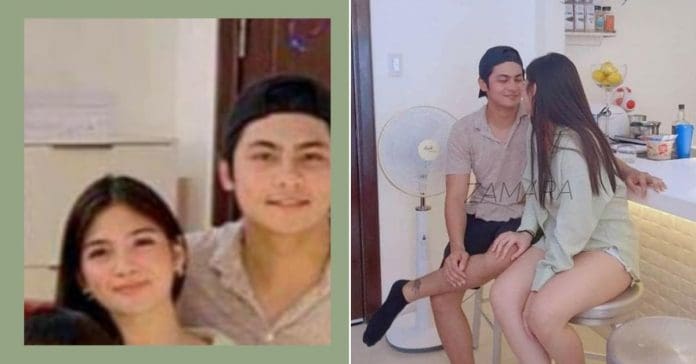 Sweet photos of Heaven Peralejo and Kiko Estrada have once again emerged online.

In a Facebook post by a netizen on July 19, the rumored couple were spotted attending a birthday party together.

The two were seen getting comfortable with each other amid speculations that they are in a romantic relationship.

Some photos showed Kiko putting his arm around the shoulders of Heaven while one photo showed them looking intently at each other.

Heaven and Kiko were first rumored to be a couple after photos of them together in Boracay surfaced in June.

Kiko confirmed his split with Devon Seron in a Magandang Buhay interview in April.

READ: Kiko Estrada speaks up about his split with Devon Seron

Heaven, who was Kiko’s co-star in the now-defunct Kapamilya series Bagong Umaga was tagged as the third party but the actress denied such accusations.

“I should not have been dragged into the personal issue between Devon Seron and Kiko Estrada. However, I will not stay silent about it especially after being harshly accused of something I didn’t and would never do,” said Heaven.

Heaven’s mom Shiela Luanne Peralejo-Angeles also sought a public apology and called out those who spread “false and malicious” statement against her daughter.

Alden Richards shows up in style for his contract renewal...