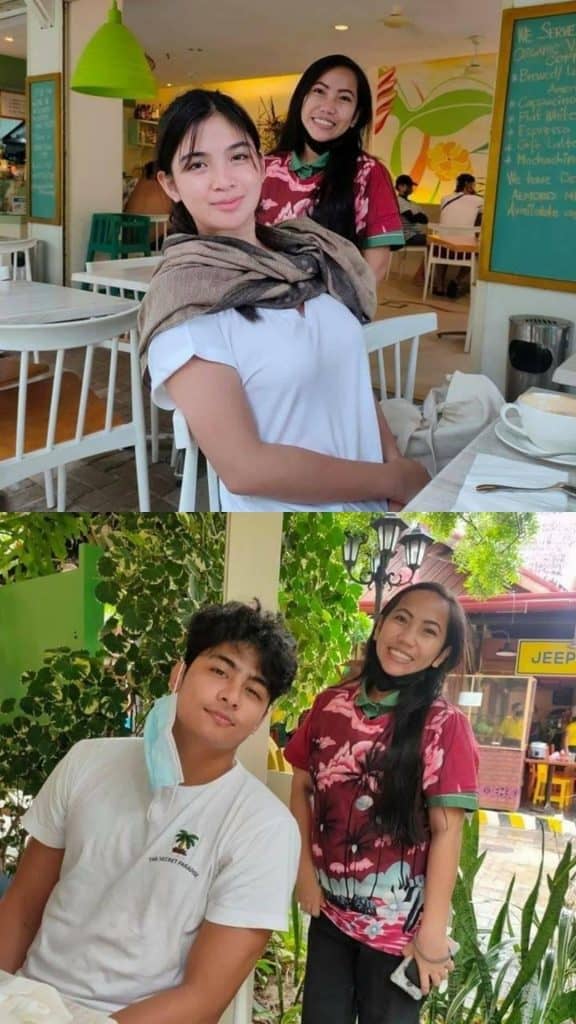 Heaven Peralejo and Kiko Estrada together in Boracay?

Photos of Heaven Peralejo and Kiko Estrada at a beach resort in Boracay have surfaced online.

A Facebook page named Kiko-Unofficial on Thursday posted photos of a supposed fan who asked for a photo with the two.

Although they were not pictured together, netizens believed that the two were in the same place.

“Wait. A. Minute! Kaping mainit,” read the caption in Facebook post which created a stir among netizens.

Heaven previously figured in a controversy after she was dragged into the Kiko and ex-girlfriend Devon Seron’s breakup in March.

Kiko and Heaven were co-stars in the now-defunct Kapamilya series Bagong Umaga.

Heaven cried foul over the allegations saying, “I will not stay silent about it especially after being harshly accused of something I didn’t and would never do.”

“To set things straight. I am not in any way romantically associated with Kiko nor am I the reason behind their breakup,” she added.

Heaven’s mom Shiela Luanne Peralejo-Angeles also sought a public apology from those who are spreading “false and malicious” against her daughter.

“Your failure to clear the name of Heaven has led to the continuing spread of these lies to which my daughter is being the subject of social media bullying,” said Angeles.

“As a mother, I simply cannot allow this. If it will mean bringing this matter to court in order for these culprits to publicly apologize and admit to their fault, then so be it.”