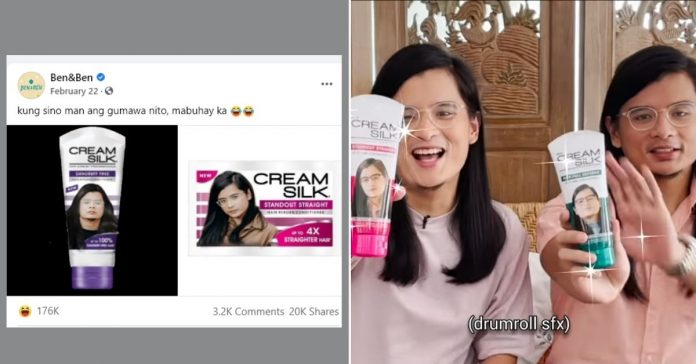 What started out as a meme online became a reality.

The collaboration came months after a fan shared edited photos of Miguel and Paolo as models of Cream Silk products.

And finally on Monday, July 19, Cream Silk announced the collaboration with the long-haired Ben&Ben vocalists.

Cream Silk also released a YouTube video of the twins revealing themselves as the newest faces of the hair care brand products.

“It’s an honor to break stereotypes,” said Paolo as Miguel remarked that they are delighted to be the first guys to model Cream Silk products.