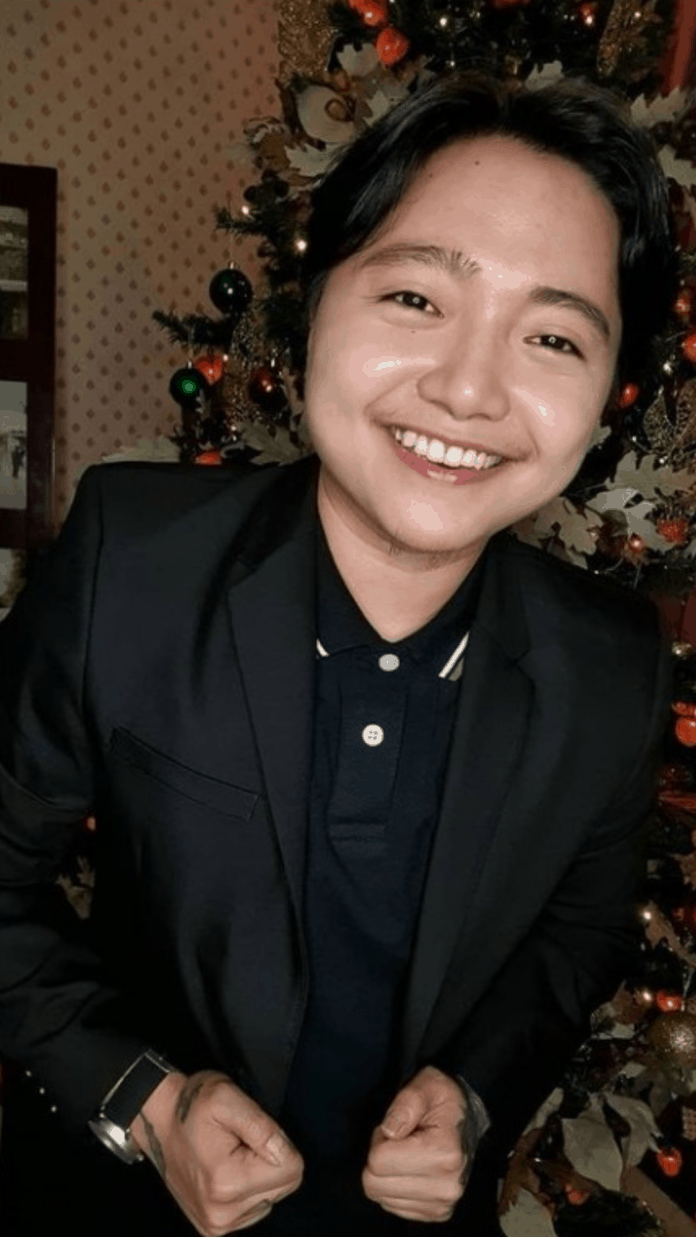 Jake Zyrus: ‘If you don’t understand me, maybe just be kind to me’

Content warning: This article contains words that may upset readers.

Jake Zyrus recently opened up about the “very bad place” he was in and other struggles he endured before coming out as a member of the LGBTQIA+ community.

The 29-year-old singer said he knew who he was at a very early age.

“I was five years old when I realized, hmmm. I was really confused,” he began his interview with actress-TV host Toni Gonzaga for the latter’s YouTube series Toni Talks.

When he was in first grade, Jake recalled being teased with a male classmate, but he thought “eh bakit, pareho kami” and admitted his first crush was “a girl.”

Jake said that when he played games with his brother when he was young, he would roleplay as a boy and even give himself names.

“Everytime I would look in the mirror, sinasabi kong, ‘This is weird. Why I am feeling this way? I’m seeing someone different,’” he said.

So, growing up, Jake told Toni, “that was always (the) everyday fight, everyday battle.”

As he rose from ABS-CBN’s Little Big Star to the global artist Charice Pempengco, he said: “It was there. It was always there.”

Jake confessed that he tried to commit suicide three times as he kept his true self from the public.

“I tried to kill myself three times,” he shared. “I think I was 18 or 19. Because nasa isip ko, ‘pag nag-come out ako, it’s over. ‘Yung nasa isip ko at that time (were) other people. I didn’t wanna disappoint.”

He was afraid of disappointing American TV host Oprah Winfrey, who featured him in her show more than once; Canadian hitmaker David Foster, who brought him in his shows; but most especially, his mother.

He continued, “The pressure of fitting in as well. You know, I remember standing in front of the mirror like all these people around me, showing me photos of Selena Gomez, Demi Lovato, telling me that, ‘Oh, be like this. You’re gonna do this.’ Fitting in was hard.”

Jake, who appeared in US shows like Glee as Charice, said that being an Asian singer in the western side of the world added to the pile of struggles.

He talked about the first two attempts, where he would wake up in the hospital upset, asking God, “Why?” Then on his third attempt, he was brought again to the hospital, and he recalled David was there.

“And then the third time, and I’m telling you when you feel that moment na you want to kill yourself, it’s scary. It’s scary because you can’t feel pain at all ‘cause your heart and mind (are) decided. It’s not something that you wanna be in,” he shared.

He talked about his experience because he wants to “share it with other people who might be going through the same.”

Jake Zyrus came out publicly in 2013 in The Buzz interview with Boy Abunda, while he revealed his new name in 2017.

“Everyday is still a battle for me because I definitely understand that some people have different beliefs and understanding. We all have different religions, beliefs in our lives, opinions,” he explained.

Acknowledging that not all people would understand him, he said: “If you don’t understand me, then maybe just be kind to me. I think that’s the most important thing. Not just for LGBT, just for everything.”

Looking back on his transition process, he said that it was “very easy.”

“The only hard part nung transition is syempre thinking kung ano ‘yung sasabihin ng ibang tao. But the process itself is sobrang madali,” he said.

“And the moment I transitioned, the moment na nag-undergo na ako ng hormone change and all that, I would still talk about what happened before, like Charice and all that.”

He expressed his gratitude for Charice, the experiences he had, and the people he met throughout his international journey.

“I’ll always be grateful, you know. I enjoyed the experience and ‘yung mga taong nakilala ko. I’m grateful that until now, I’m still able to get in touch with them,” he said.

Meanwhhile, Jake just released his new song Fix Me, produced by Filipino-American music director Troy Laureta. According to him, what helped fix his life was God and life experiences.

“I have people around me who supported me, but I think nag-fix ng lahat, love of God. It’s very rare for me to talk about my faith, but when I experienced all those struggles, I became more closer to God because I remember also before that being away, being in a dark place. I lost my dad, I lost a lot of people in my life,” he said.

“I remember telling myself, I’m gonna stay away from praying and all that, I don’t think that’s for me. Obviously, people making you feel that you don’t belong here, that wala akong access, na hindi ako pwede magdasal.

“I just told myself and I feel like that was God telling me that you cannot let anybody stop you or not give you any access to Me. It’s okay if that’s your opinion, but dun ko na-realize na whoever you are, you are not gonna take away my access to God.”

You can watch the full interview below: