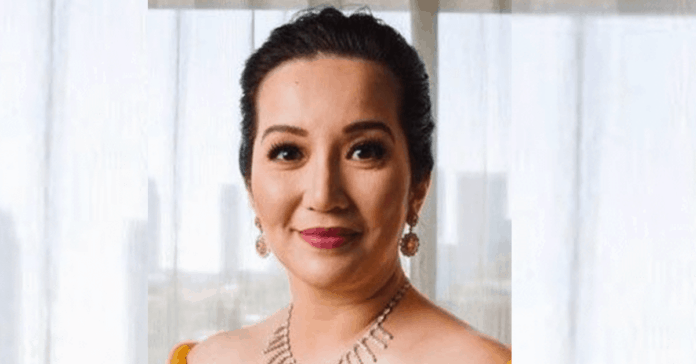 Kris Aquino thanks brother Noynoy for forgiving her before his death

Kris emotionally recalled how her older brother Benigno “Noynoy” Aquino III forgave her before his passing on Thursday.

She, however, no longer discussed the details.

“God bless me because we made our peace, but that is private and I would like to keep that for myself, but I’m so grateful na binigay iyon sa akin,” she said.

The actress, the youngest of the five Aquino siblings, also thanked his only brother for the kinship.

Kris thanked President Duterte for offering his condolences to their family and acknowledged Executive Secretary Salvador Medialdea’s apparent offer of a state funeral for the former president.

However, she said that the Aquino family also recognizes that the country is still suffering from restrictions caused by the COVID-19 pandemic where mass gatherings are banned.

She also appreciates the messages of condolences extended to their family by government officials and Noynoy’s supporters, as well as the efforts of establishments to lower their Philippine flags to half-mast as a sign of mourning.

Noynoy served as both a congressman and a senator before his presidency in 2010 to 2016. He passed away June 24 due to renal disease secondary to diabetes. He was 61 years old.

The former president has been cremated and will be laid to rest this Saturday, June 26, beside his parents, former senator Benigno “Ninoy” Aquino Jr. and former President Corazon “Cory” Aquino at the Manila Memorial Park in Parañaque City.