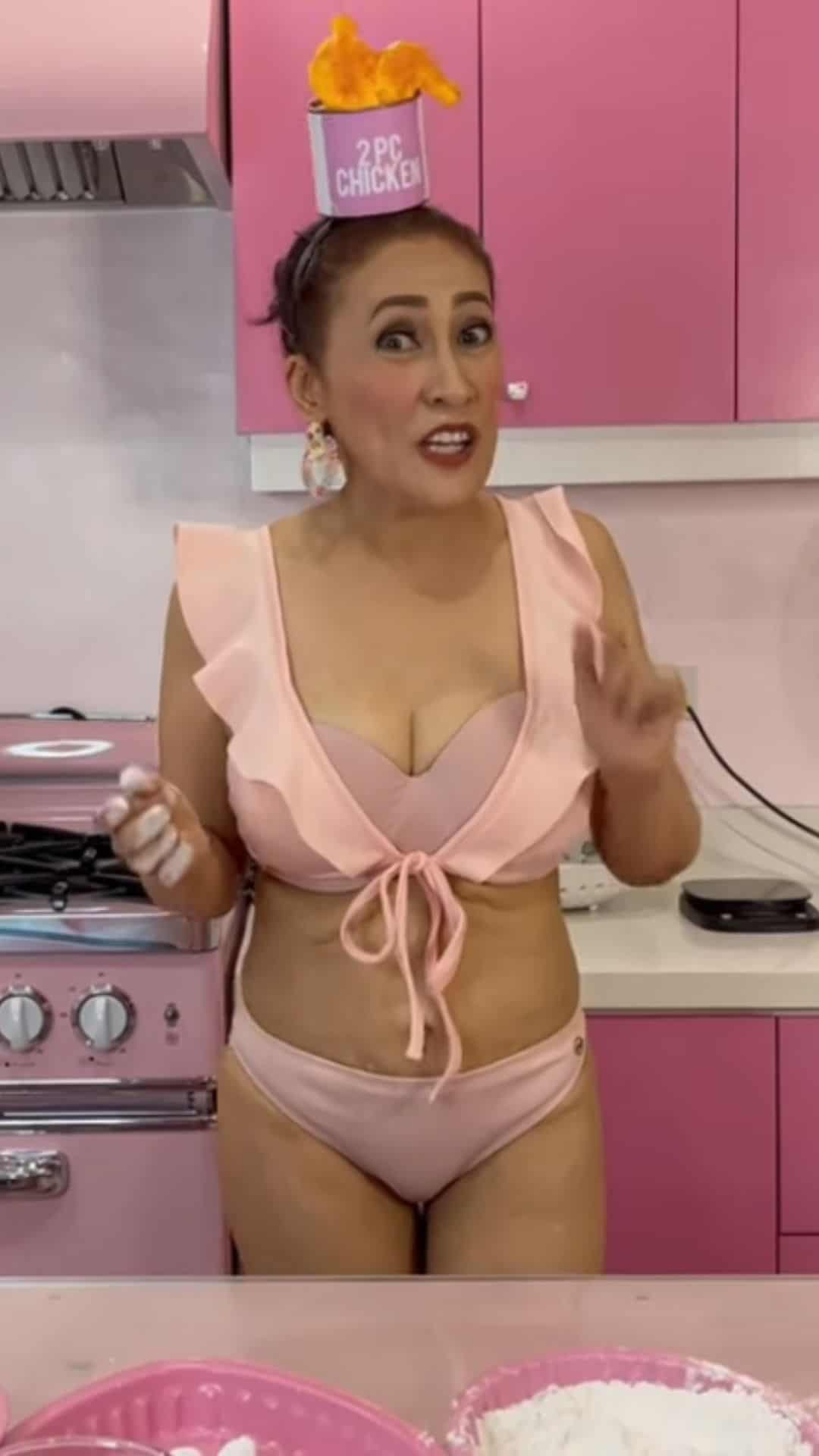 The 56-year-old comedienne-host recently donned a pink two-piece for the first episode of her cooking vlog called CHIN.

“Bakit chin?” Ai-Ai addressed her viewers before proceeding to explain the meaning of her online show’s title.

The actress, who’s best known for the Ang Tanging Ina films, went on to tell her audience that she intentionally wore a two-piece to match the two-piece buttermilk chicken she had to make and serve.

Ai-Ai recently celebrated her seventh wedding anniversary with husband Gerald Sibayan with a romantic dinner in their backyard.