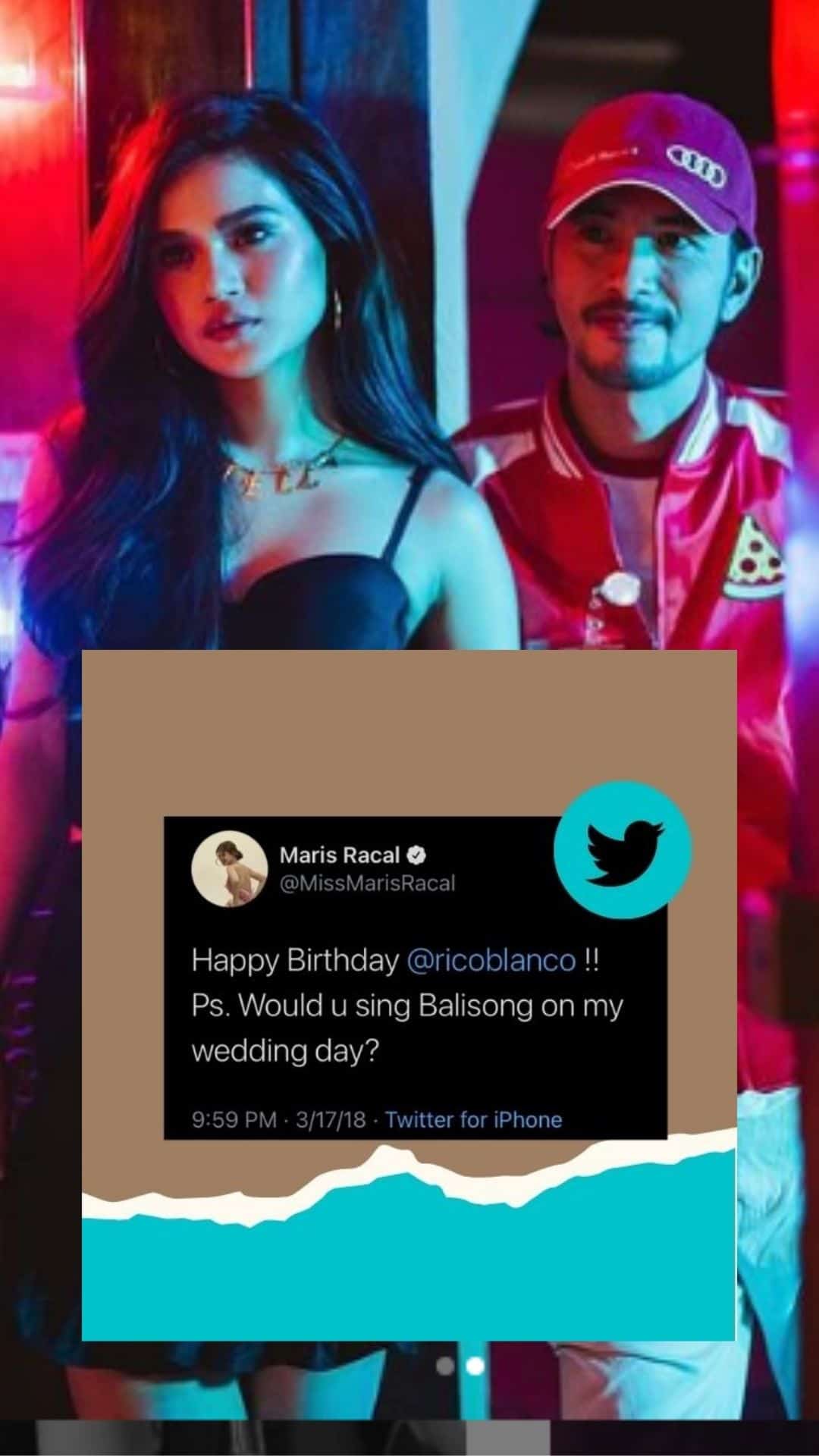 These old tweets of Maris Racal fangirling over Rico Blanco have resurfaced after the singer-actress’ birthday post for the OPM icon sparked dating rumors.

On Wednesday, Maris greeted Rico a “happy birthday” by posting on Instagram a video of her and the former Rivermaya frontman singing a duet of Aqualung’s Brighter Than Sunshine.

Rico acknowledged Maris’ birthday greeting with a “love you” comment.

Fans couldn’t help but feel kilig over their “chemistry” as they speculated about the real score between them.

Meanwhile, a netizen went viral for a tweet that showed “receipts” of Maris fangirling over the rocker on Twitter back in 2017 and 2018.

In one of her old tweets, Maris wished to hear Rico sing live. Fast forward to the present, she even managed to sing an intimate duet with him.

She also had a music collaboration with him on the track Abot Langit in 2019.

Another tweet had Maris asking Rico to sing his hit song Balisong on her wedding day.