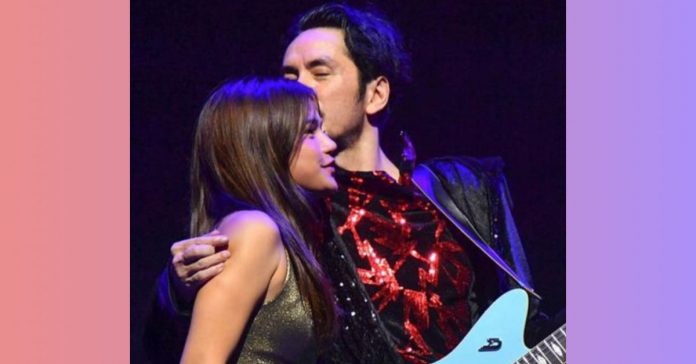 Maris Racal is living the dream with these kilig moments during her boyfriend Rico Blanco’s concert on Sunday.

The actress-singer took to social media to share the clips she took from the concert at Araneta Coliseum.

In one of the videos, Maris even got a special shoutout from Rico on stage.

“Nandito ba si Maris?” he asked while his girlfriend was featured on screen.

Their sweet interaction was followed by another sweet moment on stage as the two sang Maris’ song Abot Langit.

It was in May of last year when Maris confirmed her “obvious” relationship with the former Rivermaya frontman.