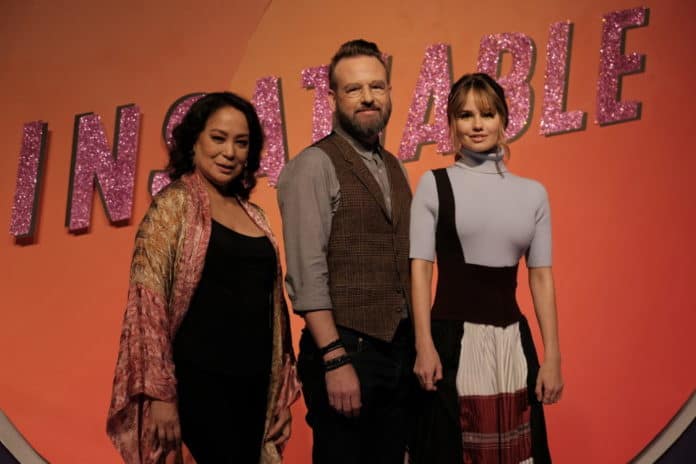 Philippines’ very own OG Queen, Gloria Diaz, joined them because she has a very special guest appearance on the show.

During a presscon, the lead stars thanked Filipino fans for their love of the show.

Dallas said, “Thank you so much for your graciousness and generosity. It’s my first time here and I’ll be back for sure.”

For Debby, “The overwhelming amount of support from Filipinos has been huge.”

“For us to be able to come back and make the season, thank you so much for letting me continue my dream and for having us here in the Philippines,” she added.

In Insatiable Season 2, beauty queen hopeful Patty (Debby) and her coach Bob (Dallas) cross paths with legendary queen Gloria Reyes. She’s played by none other than Gloria Diaz, herself a legend in pageant circles for winning Miss Universe in 1969.

During the meet and greet, a pageant took place, featuring the fans as contestants and the cast members as judges.

See the photos below:

‘They just viber-ed me!’: Gloria Diaz on getting cast in...