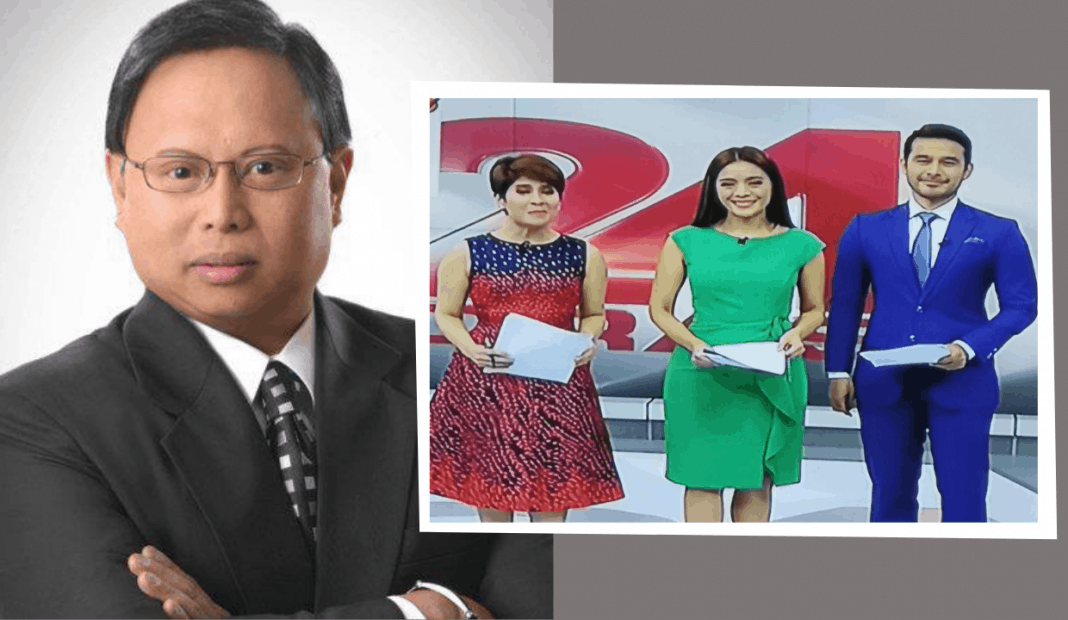 A photo uploaded by a certain Robert Terranz on Facebook showing newscasters Pia Arcangel, Vicky Morales and Atom Araullo went viral because they were dressed in the colors of the rival network during the live broadcast of 24 Oras on Tuesday night.

The Facebook user captioned his post: “Did… did the 24 Oras reporters really wear ABS-CBN’s theme colors??? Is this a coincidence??? Is this media solidarity??? My heart is soft. ?❣️.”

Pia wore a red printed dress, Vicky was in a green outfit, while Atom donned a blue suit.

Some netizens praised the trio for their act of solidarity with ABS-CBN.

In a report by Pilipino Star Ngayon, Arnold Clavio brushed off assumptions about the viral photo.

Arnold shared that Pia originally had to wear black but it was the stylist who decided on another outfit.

Nevertheless, Atom Araullo on Wednesday expressed his support for the Kapamilya network.

The former ABS-CBN reporter tweeted: “In competition, we bring out the best in each other which hopefully benefits the audience we aim to serve. In defending press freedom as one, we are the proverbial rising tide that lifts all boats. Our hearts go out to our colleagues in these challenging times. Laban lang.”

Aside from the pending renewal of franchise in Congress, the embattled network is also facing the quo warranto petition filed by Solicitor General Jose Calida in the Supreme Court on Monday.