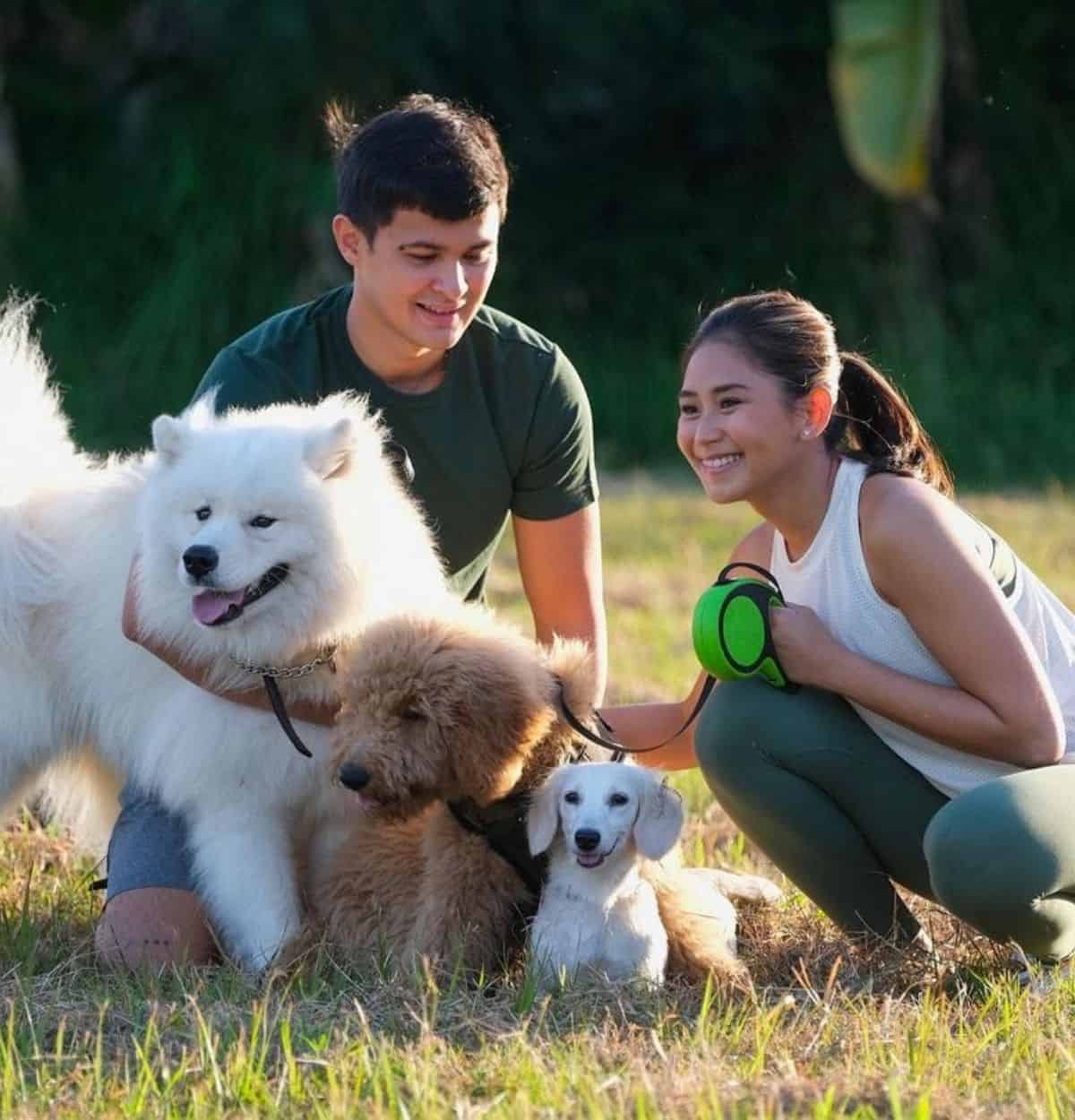 Celebrity couple Sarah Geronimo and Matteo Guidicelli made sure their first-ever wedding anniversary was special with a quick getaway to Coron, Palawan.

“AshMatt”, as they are fondly called by their fans, got spotted in the island. Their vacay photos are being reposted by major fan pages that wished them well for their trip.

In his Instagram stories on Wednesday, Matteo shared some videos from their flight to a “secret location,” tagging his pilot buddy who also posted that he was “glad to make your first anniversary with Sarah a success.”

Meanwhile, on their anniversary, Matteo penned the sweetest message for his wife. He shared a photo of their little family — him, Sarah and their dogs.

“Thank you for bringing joy in our home, you are the reason why I smile when we wake up. You continue to inspire me everyday and I just love celebrating life with you. So proud of you my love. I love you forever #proudhusband #blessed,” he wrote.

The couple tied the knot on February 20, 2020 after about six years of being boyfriend and girlfriend.

It was recently announced that Sarah will be back on stage this March for her film concert.

Tala, the pre-recorded virtual show, will last for two hours with the popstar royalty performing 18 songs, including new versions of her hits Kilometro, Ikot-ikot and Isa Pang Araw.

Matteo said of his wife’s upcoming concert in another post: “She worked extremely hard for this show because her goal was to really produce something extra special for her audience and I personally witnessed how she creatively collaborated with her team.”

‘To the king of my heart’: Sarah Lahbati pens anniversary...