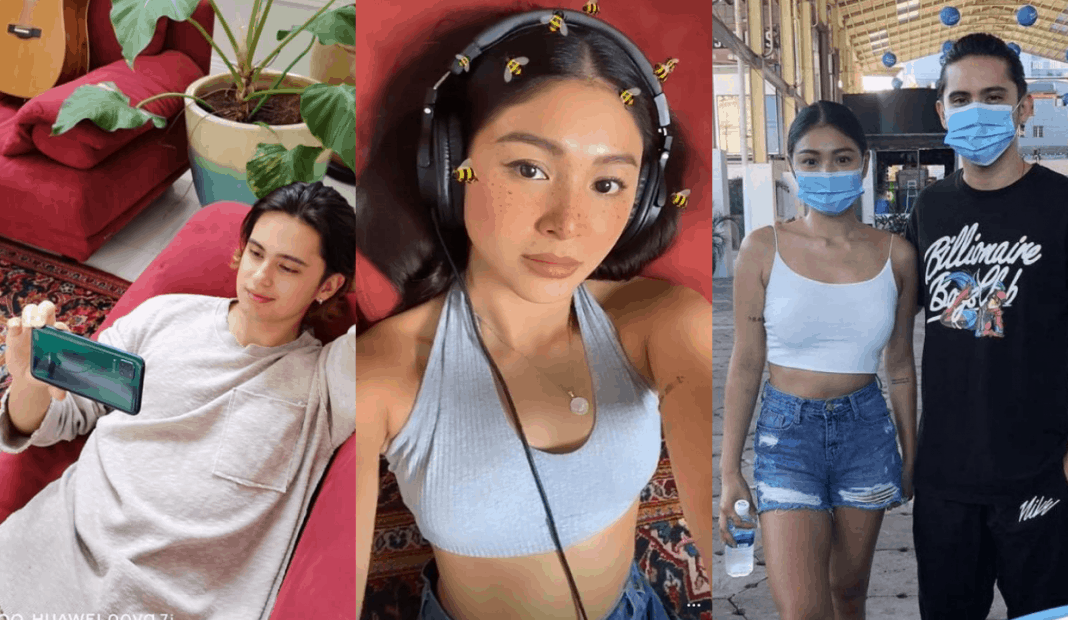 “Kamusta kayo diyan Jadine” trended Friday after photos of James Reid and Nadine Lustre having similar backgrounds led to speculations that the exes have gotten back together, months after their shocking breakup.

An eagle-eyed fan on Thursday shared a photo of Nadine lying on a red couch atop a red carpet which fans claimed are the same as those in James’ residence.

“Huli pero di kulong! HAHAHA. My JaDine Heart! ?,” wrote a fan in the now-viral Facebook post with 18,000 shares and reactions as of writing.

International Sanitization and Protection Suppliers also shared a photo of the former lovebirds together at one of their tent setup locations last May 4.

Last May 11, Jadines got kilig over Nadine’s simple birthday greeting for James with only a seedling emoji as caption.

James and Nadine confirmed their split last January via a joint statement aired on the show Tonight With Boy Abunda, citing the reason that they “decided to focus on ourselves not only for our careers but more for our personal growth as we are still young.”

The two maintained that they are “on good terms” and “still really good friends”. They also continue to work together in music projects for James’ Careless music label.