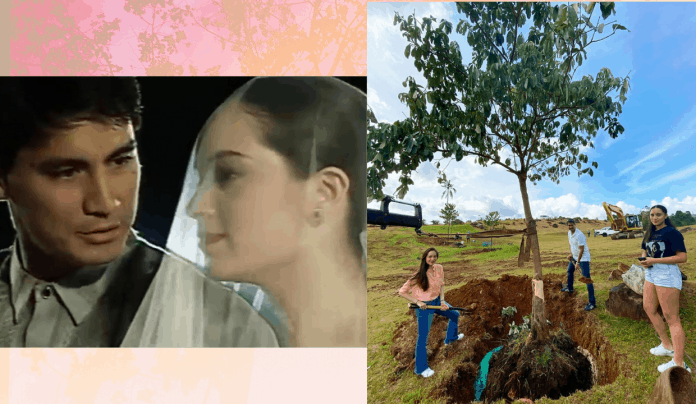 Richard Gomez and Lucy Torres are keeping their love alive forever by planting an evergreen tree.

The couple planted a Dita tree in Ormoc City to mark their 22nd wedding anniversary yesterday, April 28. They were joined by their only daughter Juliana.

“Today, we marked our 22nd anniversary by planting a beautiful Dita tree,” wrote Richard in an Instagram post on Tuesday.

A Dita is a native tree known to grow as high as 100 feet. Some of its parts like the bark and leaves are said to have medicinal value.

“It is an evergreen, just like my love for you @lucytgomez. Thank you for being my guiding light,” Richard added.

Lucy, on the other hand, shared a throwback video of their wedding back in 1998 as an anniversary present for her husband.

She wrote: “Thank you for 22, my @richardgomezinstagram. You enter a room and you just bring the sunshine in. With you, everything is just better. Know that you are my love song, every bit of that magic I ever believed in.”

Meanwhile, Juliana also shared a cozy photo of her parents on their special day, which she captioned “What love should be like #22”.

Lucy and Richard first met in a shampoo commercial. From their showbiz start, they have since transitioned to the political life, with Richard now mayor of Ormoc City and Lucy the representative of the Fourth District of Leyte.