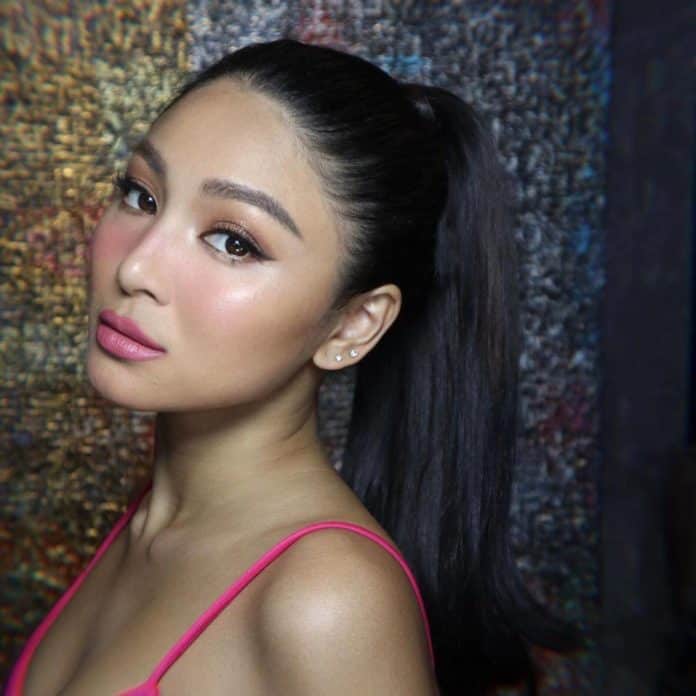 Nadine Lustre is busy “living life” amid the big news that her reel and real-life partner takes on a new project pairing him with another actress.

The night before the big news, this writer interviewed the 25-year-old actress-singer on the sidelines of streaming service HOOQ’s Hooked on Asia event in Jakarta, Indonesia.

She was one of the celebrity guests because HOOQ Philippines co-produced her last film Ulan with Viva.

The streaming service also organized a meet and greet for Nadine with her Indonesian fans. They said they have been there for JaDine, her love team with James, since On the Wings of Love (OTWOL) days. The 2015 series currently airs on Indonesian TV.

While she didn’t give even a hint about her beau’s next career step, Nadine said she doesn’t feel any pressure of having to do films and TV shows with James only, as per request of fans.

To recall, James has recently left Viva to manage his own career. Nadine, on the other hand, has remained with the talent management company.

“I don’t eh. Before I feel like I would, but now kasi parang my mindset changed so much within the two years, na me and James have been together and learned a lot of things together and (are growing) separately, not apart, but separately,” she said.

“My mindset has changed. I’m not rushing. I’m not trying to get anywhere. I just want to slow down and enjoy things,” she added.

Right now, Nadine has stopped accepting projects while trying to recover from a case of “burnout.”

“Na-burn-out talaga. It’s not really just the shooting ang nakakapagod, but it’s more on the promotions talaga,” she admitted.

“I really just stopped accepting projects muna kasi the start of 2019 has been so, like, stressful for me because I did two movies and I did a show also for ABS naman. Sabi ko sa sarili ko, parang the ber months naman, this time I deserved some time off naman for myself.”

According to her, she’s just been chilling and spending her free time with her family, friends, dog and James.

She is thankful to Viva for being very understanding with her decision.

Nadine Lustre is ‘super open’ to work with ex-boyfriend James...