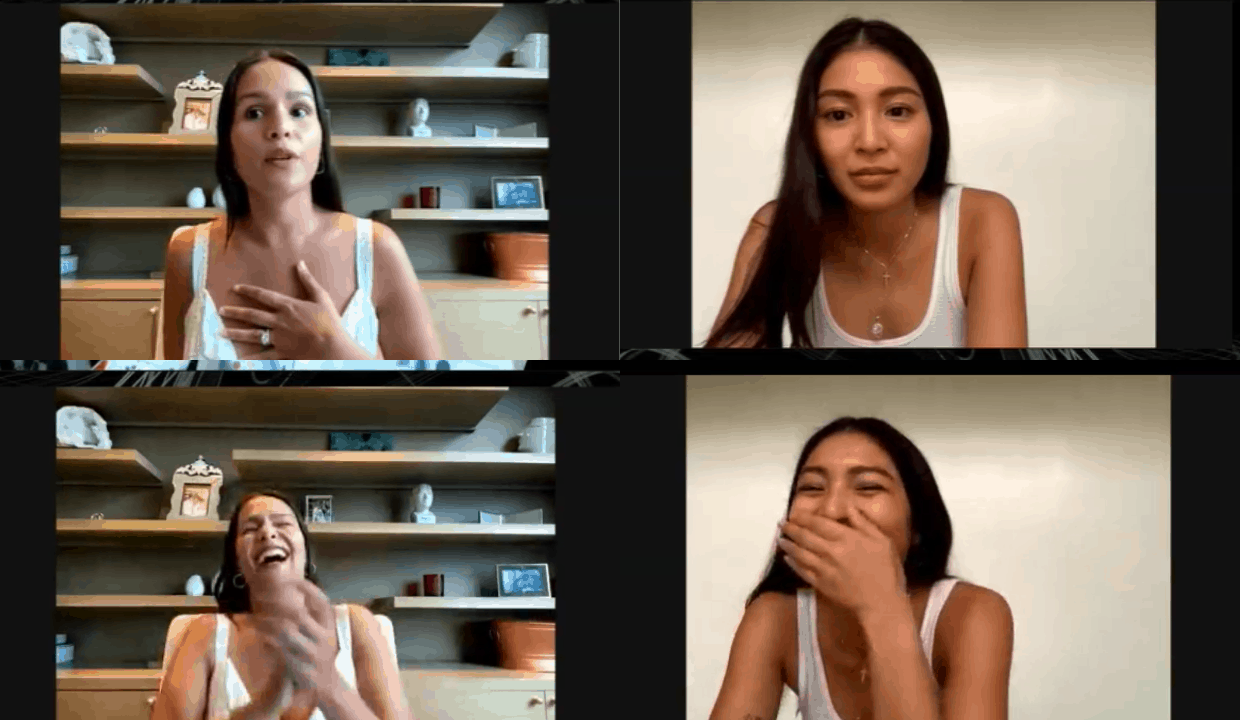 Iza Calzado, for the second time, cleared her name in the JaDine breakup controversy. This time, she directly “apologized” to Nadine Lustre.

In a portion of the Facebook live, Iza requested Tim to allow her to address something before they proceed to talk about her COVID-19 journey and go on a serious mode.

“Sandali lang, let’s just get the elephant in the room like just out of the way,” Iza began.

She then quipped to her fellow Kapamilya actress, “Nadine, I’m sorry…I’m sorry for stealing James,” adding a “Char!” at the end, which made all four of them burst into laughter.

“Wrong Issa… Wrong Issa. That issue was so weird,” a laughing Nadine responded.

Iza said she wanted to throw those lines so they could have a good laugh first before they would go into a serious discussion.

Back in January, Iza was wrongly accused by some fans as the one who caused the breakup of ex-couple and popular loveteam James Reid and Nadine Lustre. At that time, netizens widely speculated that Issa (not Iza) Pressman was the third party in the controversial breakup. (READ: Iza Calzado gets dragged into Jadine breakup controversy)

Both James and Nadine later assured fans that their close friend Issa Pressman had nothing to do with their split.