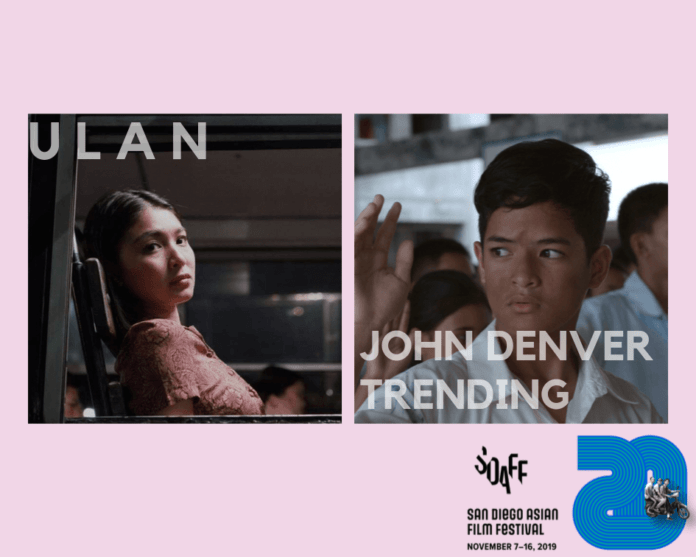 The SDAFF is the premier film showcase of Asian American and international cinema in San Diego, California. The event hosted by the Pacific Arts Movement, a non-profit media arts organization, is considered the largest exhibition of Asian cinema in the United States.

From November 7 to 16, the filmfest will showcase over 170 films from 29 countries, in 40 languages.

Irene Villamor’s Ulan, starring Nadine Lustre and Carlo Aquino, will be having its international premiere on November 15.

The Viva-produced drama film makes use of magic realism to tell the coming-of-age story of Maya, a girl who grew up profoundly influenced by her grandmother’s superstitions.

A JaDine fan account on Twitter said it’s a “back-to-back” international film festival screening for Nadine. Never Not Love You, which preceded Ulan, was an official selection at the International Film Festival of India in 2018.

The San Diego filmfest is also the next stop of the 2019 Cinemalaya Best Picture winner John Denver Trending. It recently competed at the Busan International Film Festival under its New Currents Section.

The indie film by Arden Rod Condez, starring Jansen Magpusao and Merylle Soriano, follows the story of a farm boy whose life turns upside down after a video of him attacking a classmate went viral.