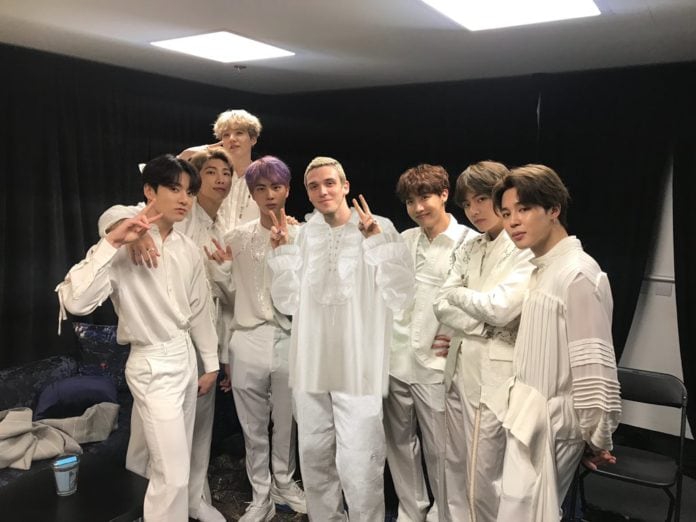 Lauv teams up with BTS for Make It Right remix

Kpop superstar group BTS just made their Make It Right track better with American pop singer-songwriter Lauv in it.

The remix song, which features the special bond between BTS and fandom Army, was released on Friday, breaking the internet once again.

The Armys totally freaked out on Thursday when the I Like Me Better singer hinted at a possible collaboration with BTS members after posting a throwback photo of him with the group.

“Did I finally #makeitright?” said Lauv in his tweet.

The hype continued when BTS retweeted his post and replied, “You always #makeitright.

Soon after their exchange of tweets, BigHit Entertainment announced that the single will be released the next day, October 18.

Make It Right originally came out in the popular group’s Map of the Soul: Persona album, released last April 12, 2019.

The song described as a “falsetto-vocal heavy R&B track” is also co-written by Ed Sheeran.

Some fans recalled a tweet by Lauv back on April 27, 2019 in which he said he wanted to make a song with BTS. And fast forward… it finally happened.

This just adds to BTS’ already long (and still counting!) list of song collaborations with other international artists.

A day after its release, the BTSxLauv remix reached over 11 million views. Watch it here: