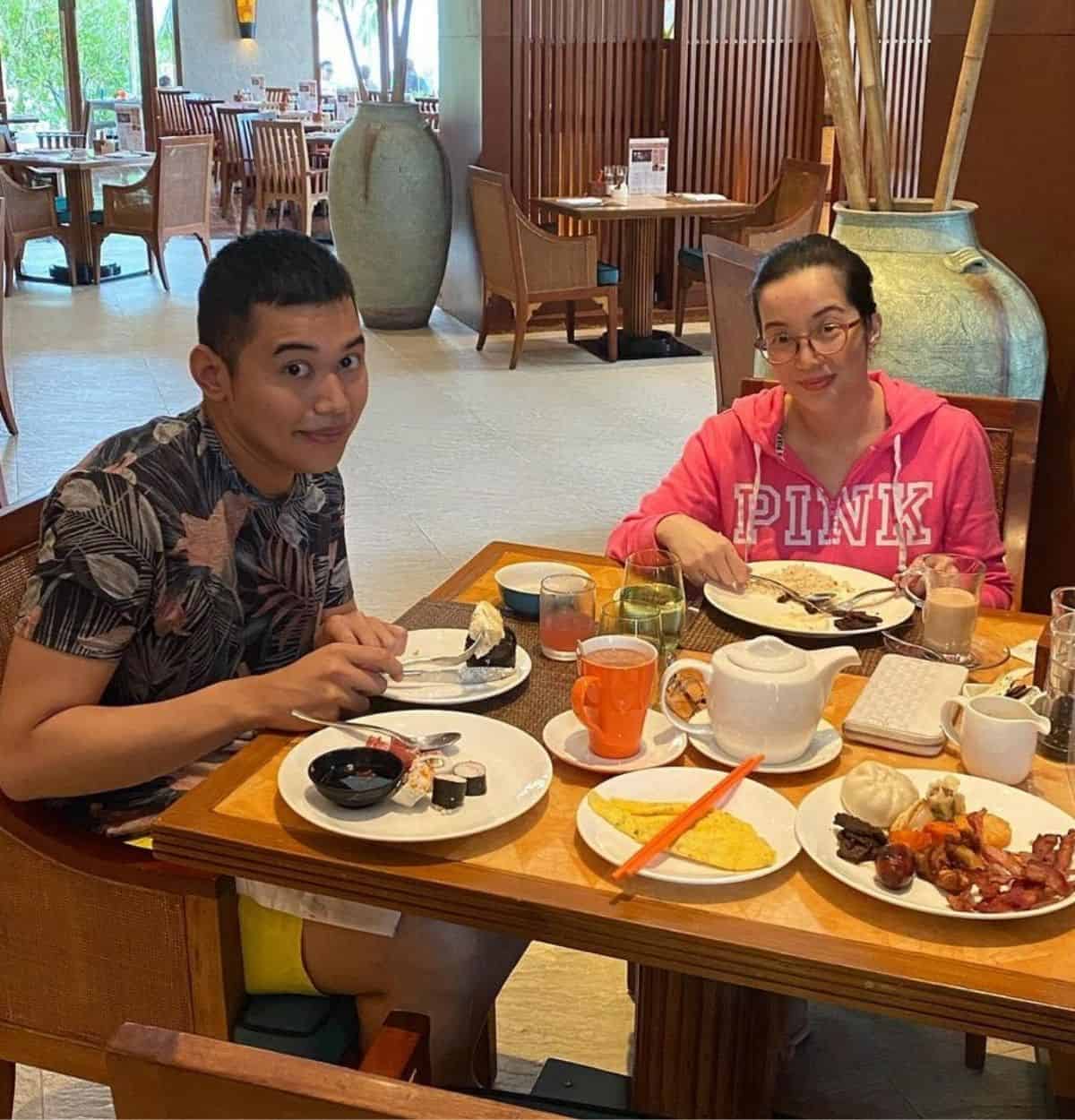 Kris Aquino made sure to dismiss the rumors that her eldest son Joshua got a girl pregnant.

In an Instagram post on Thursday, March 4, the actress and television host used the gifts her son gave her to shut down the rumors.

“Gift ni kuya josh? Sorry hindi apo — he gave me cash in a lucky red envelope — an ANGPAO,” she started.

Kris then shared that like any parent who has just heard rumors about their kid, she was angered but after watching her friend Ogie Diaz’s take on the issue, she was enlightened by his words.

On his YouTube channel discussing celebrity news, Ogie discussed the rumor that Joshua is soon to get married after getting a girl pregnant.

She then thanked Ogie for seeing her son as a human being after he was made a “punching bag” on social media when people wanted to play dirty politics.

“Thank you pare, for all the years that kuya Josh, because he is in the autism spectrum, was made a punching bag on social media just because it was convenient when people wanted to play dirty politics, you made me feel that you saw him as a human being with the same right to love and be loved like everyone else,” she said.

“Many parents who raised or are raising children with special needs will identify with me… we know the challenges & we celebrate the victories. Kuya’s desire for independence now is a WIN!”

The 50-year-old said that while they have already accepted that having a wife and children is blurry in Josh’s future, they are grateful that their friends and family in Tarlac, where he is currently residing, are showering him with love.

In the same post, Kris managed to joke that she also deserves to “love and be loved.” She even admitted that she accepted food and gifts from people who won’t be named but have asked her if they can have a meal together.