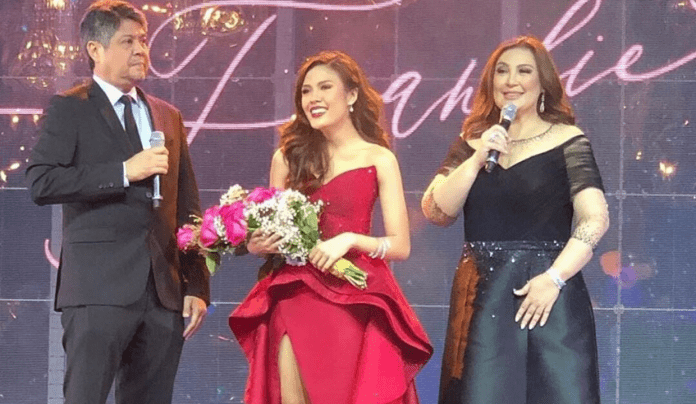 The Megastar Sharon Cuneta and Senator Kiko Pangilinan’s daughter, Frankie made headlines this week after calling out television and radio personality Ben Tulfo’s response on her stand on rape.

On Twitter, she aired out her sentiment that people should be taught not to rape rather than girls be told how to dress.

“STOP TEACHING GIRLS HOW TO DRESS?? TEACH PEOPLE NOT TO RAPE,” she said.

The Bitag host addressed the 19-year-old and other women to be careful with how they dress.

Kakie, as she’s fondly called on the internet, defended her stance saying that rape culture is a product of the same line of thinking of Tulfo and other people.

Their social media brawl conceived the hashtag, #HijaAko, where women bravely come forward with their experiences of sexual harassment and assault.

Days after the younger Pangilinan championed the plight of many women, her parents Sharon and Kiko expressed their support for their “warrior.”

The letter read: “Ngayon ay alam ko na ang nagging pakiramdam ng Tatay ko nung isa akong nagmamartsa, nakikibaka at lumalaban na lider estudyante sa UP Diliman nung 80s. Go ahead then, Frankie. As my Father sought to understand what I did then despite the risks, so it is with me and you.”

Meanwhile, the veteran singer expressed how proud she is of her daughter.

“I am proud that Kakie is my daughter. What a shame if she weren’t a warrior like her dad and mother are, and her lolo and great grandmothers were,” she said.

Sharon also stressed Frankie’s point that a woman should not be blamed for the actions of those who assault and harass.

She also emphasized that none of her kids – KC, Frankie, Miel and Miguel are uneducated.