‘Naysayers will never come close to having a good heart like yours’: Xian Lim reminds Kim Chiu 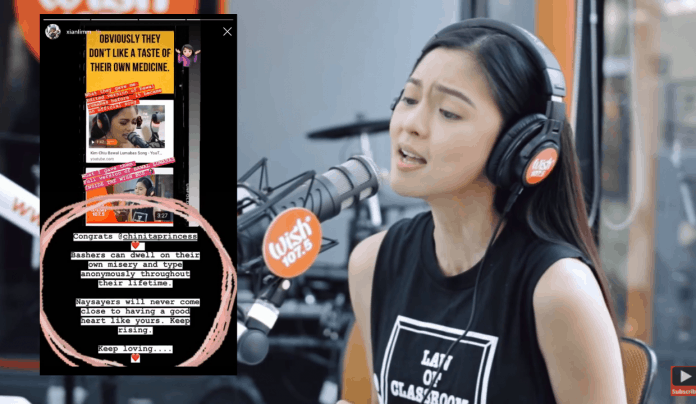 On Monday, Xian Lim came to the defense of his girlfriend and onscreen partner Kim Chiu once again.

The actress has been under constant criticism after her Bawal Lumabas classroom statement went viral with its own remix.

Kim was able to pick herself up right after the ordeal and even managed to come out with a full version of the remix.

The Love Thy Woman actress also made good use of the hype after she released her limited-edition Bawal Lumabas merchandise to raise funds for Angel Locsin’s COVID-19 mass testing initiative. As of Sunday, the actress reported that the merchandise has already sold out.

“Never thought this shirt for a cause will be a cause in less than 2 weeks,” she said.

In an Instagram story, Xian congratulated Kim for her performance of her full song at the Wish 107.5 bus.

The YouTube video of the performance garnered some six million views within two days.

His post read: “Congrats @chinitaprincess. Bashers can dwell on their own misery and type anonymously throughout their lifetime. Naysayers will never come close to having a good heart like yours. Keep rising. Keep loving.”

In a past post, Kim said Xian has been behind her while she was criticized by many netizens.