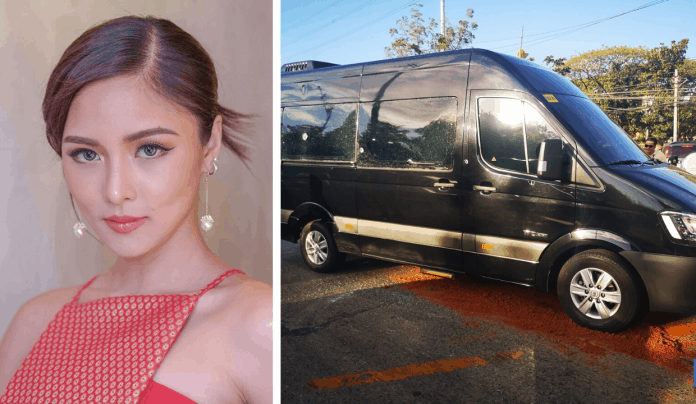 ‘I am safe’: Kim Chiu speaks up on van shooting incident

“I don’t have an idea what really happened, mistaken identity? I guess? Napagtripan?.. This is a bad joke,” she started.

Kim narrated she was asleep on her way to her taping when she heard eight gunshots. “I was shocked and ask my driver what happened, then I saw this bullet on the windshield where my head was laying ‘buti nakahiga ako’,” she said.

The 29-year-old shared she does not know how to feel since she knows she has not done anyone wrong to deserve the traumatic experience.

It was reported that after the shooting incident, Kim went straight to work to shoot for “Love Thy Woman.”