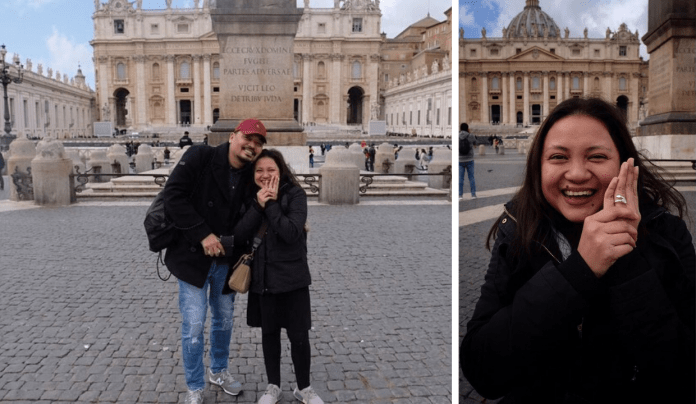 Moments after Antoinette Jadaone announced her engagement with fellow filmmaker Dan Villegas, she shared how she almost lost her wedding ring in Rome.

According to direk Tonet, they were about to check out from their hotel room when her now fiancé asked if her engagement ring was with her. To her surprise, the ring was not where it was supposed to be.

The 35-year-old filmmaker said she checked the bathroom sink and even the trash can just in case it was there.

Luckily, after her checking the pile of clothes in her luggage, she finally found her treasured ring.

From now on, Tonet said she no longer leaves the house worrying if she’s wearing her bra or if she has paid her internet bill already, she now worries about her engagement ring getting misplaced once again.

The lady director and her husband-to-be are creators and collaborators of hit hugot films That Thing Called Tadhana, Never Not Love You and Alone/Together.