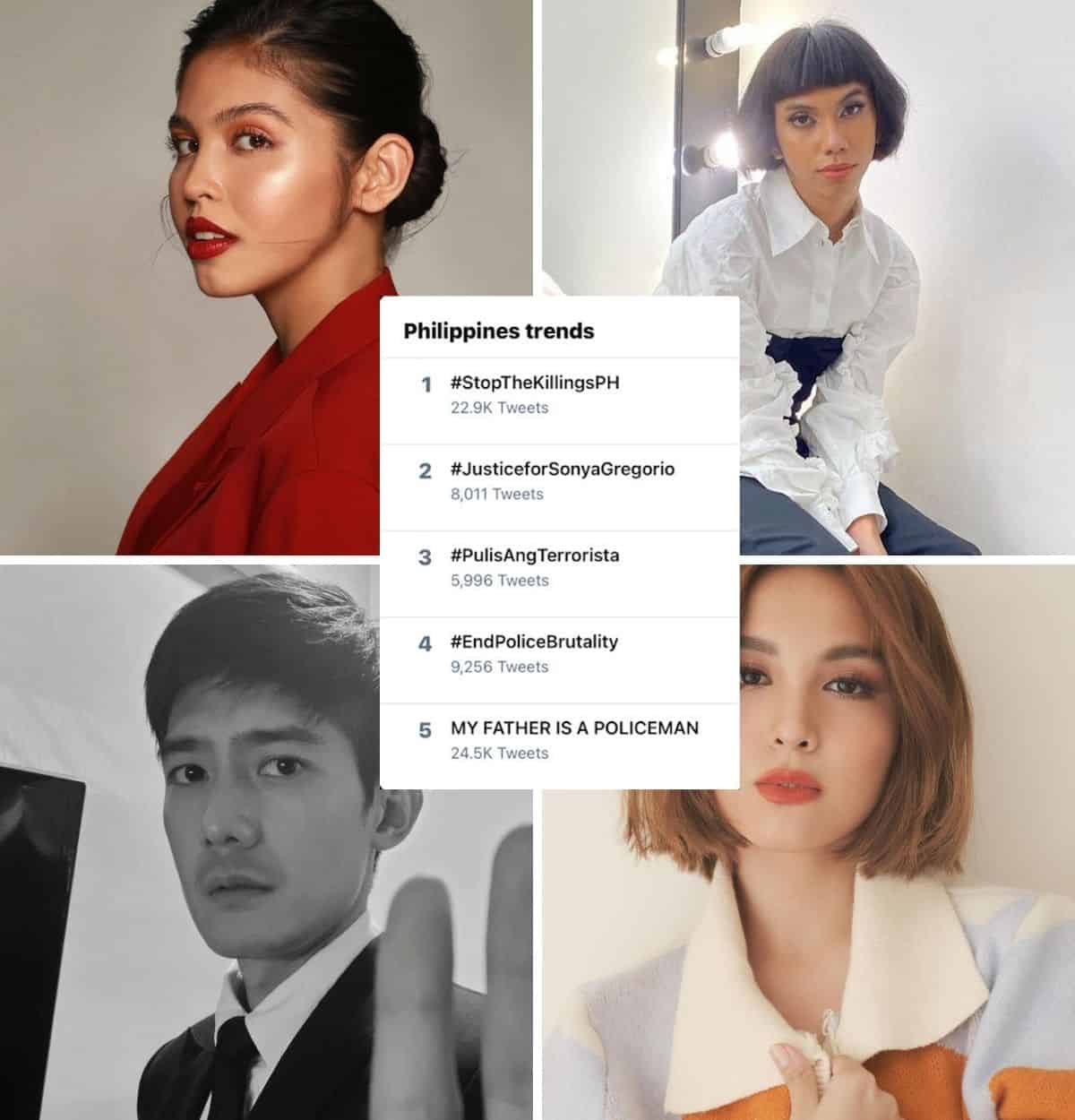 On Monday morning, several celebrities joined netizens in demanding justice for the mother and son who were shot dead by a policeman in Paniqui, Tarlac.

The Philippine STAR quoted Paniqui police chief Lt. Colonel Ronel Rombaoa as saying that the heated argument erupted after Nuezca, who was off-duty at that time, was annoyed over Gregorio’s “boga,” an improvised canon made of PVC pipe around 5:10 p.m. on Sunday.

Rombaoa said the confrontation escalated when both unearthed their long-standing grudge over their property’s right of way.

In the video, Sonya was seen reining in her son and reacting when the policeman’s minor daughter interfered and shouted at her.

Kapuso artist Maine Mendoza quickly reacted to the incident, sharing her disbelief at how far the argument has gotten.

Another Kapuso celebrity, Kyline Alcantara expressed her anger over the incident. She addressed the daughter of Nuezca who used her policeman father as defense in their argument.

“No, hija. Your father is a criminal and you’re a spoiled brat that knows how to speak English, but doesn’t know right manners,” she said.

Maris Racal also shared her disbelief at how easy it was for the policeman to fire his gun.

Assunta de Rossi agreed with actor and writer Juan Miguel Severo when he noted that the younger Nuezca’s actions were caused by bad parenting.

Filmmaker Antoinette Jadaone shared a publication material of President Rodrigo Duterte from 2016 saying that he will protect his men.

Duterte repeatedly made this statement in the context of his administration’s “war on drugs”.

Angel Locsin, on the other hand, urged the “good cops” to condemn the bad ones among their ranks.

Meanwhile, DILG Sec. Eduardo Año condemned the shooting and vowed that Nuezca will “account for his crimes” but maintained it was an unfortunate and isolated incident.

“The sin of Nuezca is not the sin of the entire Philippine National Police. As we have seen during this pandemic, they place their very lives on the line as frontliners in our COVID response,” he said.

As of writing, the Nuezca has already surrendered himself to the authorities for killing the unarmed mother and son.

The incident came just a week after PNP chief Gen. Debold Sinas announced that they will not be sealing the muzzles of service firearms of police officers this holiday season.