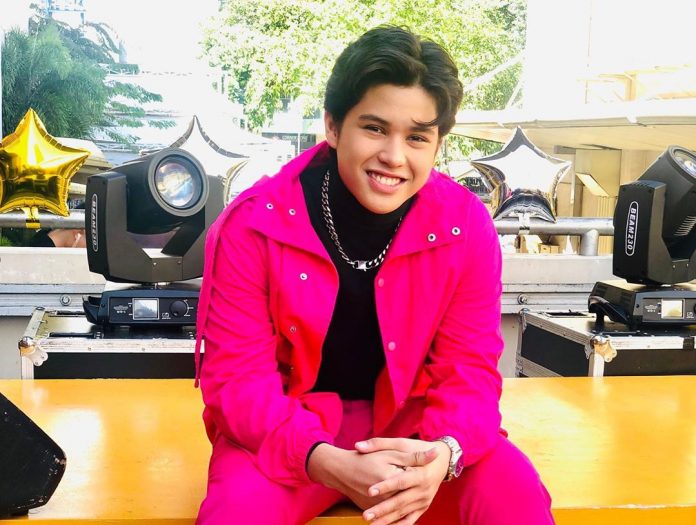 Before delving into the acting industry, Kyle Echarri’s first love was singing. The 16-year-old was discovered in hit singing contest The Voice Kids. Today, he is busy working on his drama series Kadenang Ginto.

“It’s been the biggest year of my life. First love ko po is music. The first song I wrote was in English. It’s a song about someone,” he shared in a report from Pilipino Star Ngayon.

Aside from singing and acting, Kyle also takes time to write his own songs. The singer-actor said he dreams of releasing an album with his own compositions some day.

If given the chance, Kyle said he would like to work with his colleagues Darren Espanto and Iñigo Pascual in a project. He added he dreams of reaching the latter’s international success.

Last November, Iñigo performed and launched the music video of his song Catching Feelings during the LA Clippers vs. Oklahoma City Thunders game at the Staples Center in Los Angeles, California.