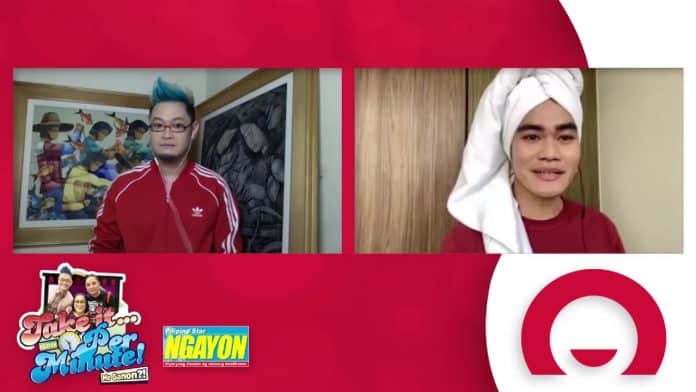 If 2021 could pick the word of the year, the term ‘Marites’ would have probably won because of its popularity. Despite its infamy – being depicted as source of tsismis and spreader of lies – the new year calls us to start seeing the Mariteses of our community in a positive light.

This is the main topic of a special episode of Take It…Per Minute, Me Ganun?! conversation between host Mr. Fu and guest TikTok superstar, ‘Marites’. She came to her fellow Marites’ defense and explained how being one also has its positive impact – one of which is helping you with the best shopping deals and budol finds out there.

Our beloved Marites has certainly leveled up from just bringing you the hottest chika to sharing the latest deals and fresh updates in the shopping scene.

“People have demonized the term ‘Marites’ as if providing them the latest details, news and updates doesn’t have a positive impact. And besides, we can be your source of information for ongoing sales, discounts, and installments,” says Justine a.k.a Marites.

Best budol finds? Marites has got you covered!

She even admitted that one of her Marites friends talked her into getting a new washing machine because of the big discounts.

“The other day, a fellow Mosang advised me of a good deal on a washing machine from Home Credit. [It has] considerable discounts, and so I went out and got one. See, a positive impact.”

Her Mosang friend is probably talking about the Online Madness Sale from the country’s leading buy, now pay later company and provider of in-store consumer financing Home Credit, happening for the entire month of February.

The month-long sale has discounts of up to 50% off from a wide selection of discounted items such as electronic devices, gadgets, home appliances, sporting equipment and many more!

Be a Marites with a good heart

“Keep the word going,” that is her final message to fellow tsismosas.

“Being a Marites is a huge responsibility. It is our duty to spread the latest [factual] news.”

And we couldn’t agree more! A Marites with a good heart shares news and information that can benefit other people.

So, are you just a Marites, or a Marites with a good heart? If you want to be the latter, be sure to share Home Credit’s Online Madness Sale where exclusive promos are up for grabs. Keep your online or in-store shopping carts ready to take home the best items out there. Promo runs from February 1 – 28, 2021. Per DTI Fair Trade Permit No. FTEB-134688 Series of 2022.