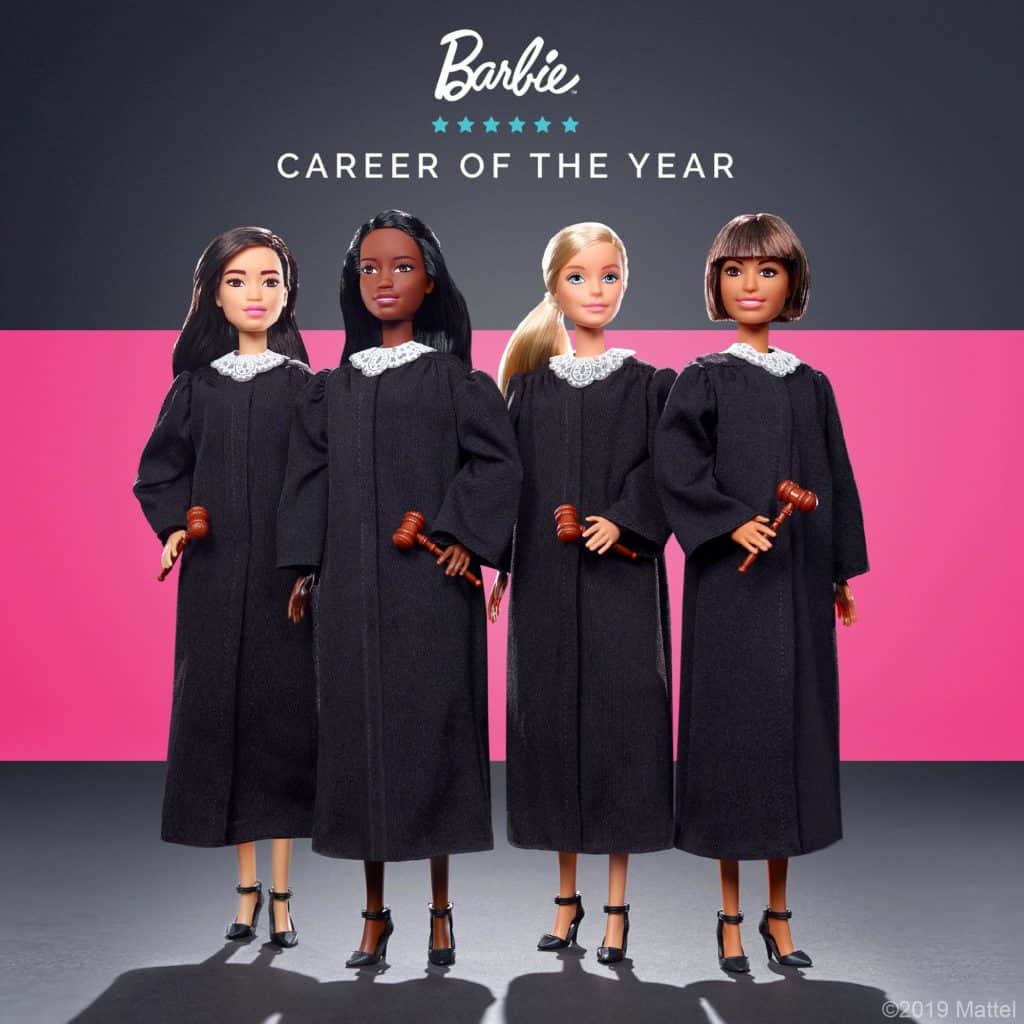 Mattel released a Barbie Judge Doll as this year’s Barbie Career of the Year doll.

The company wrote on Twitter: “The Barbie Judge Doll encourages girls to learn more about making decisions to change the world for the better.”

The verdict is in! With over 200 careers since 1959, this year Barbie takes the stand as a Judge! The Barbie Judge Doll encourages girls to learn more about making decisions to change the world for the better.

Global head of Barbie Lisa McKnight told USA Today they decided to release the judge dolls after learning “only 33% of sitting U.S. state judges are female.”

“Barbie has had over 200 careers. We like to say, ‘There isn’t a plastic ceiling that Barbie hasn’t broken,’” she said.

There are four Judge Barbie dolls with various skin tones and hairstyles to choose from. She sports a customary black judge’s robe with a lace collar. A gavel and round block “that kids can use to help call the room to order and make important decisions” to complete the look is included in the set.

According to the TIMES, in an effort to raise awareness on the “dream gap”, a cultural phenomenon that sees young girls begin to lose confidence in their own competence starting at age five, Barbie has partnered with GoFundMe to raise money for three nonprofits that support female empowerment: She’s The First, She Should Run, and Step Up.

The dolls are only available in the US market though, specifically at Walmart, Target and Amazon for $12.99 or P700.