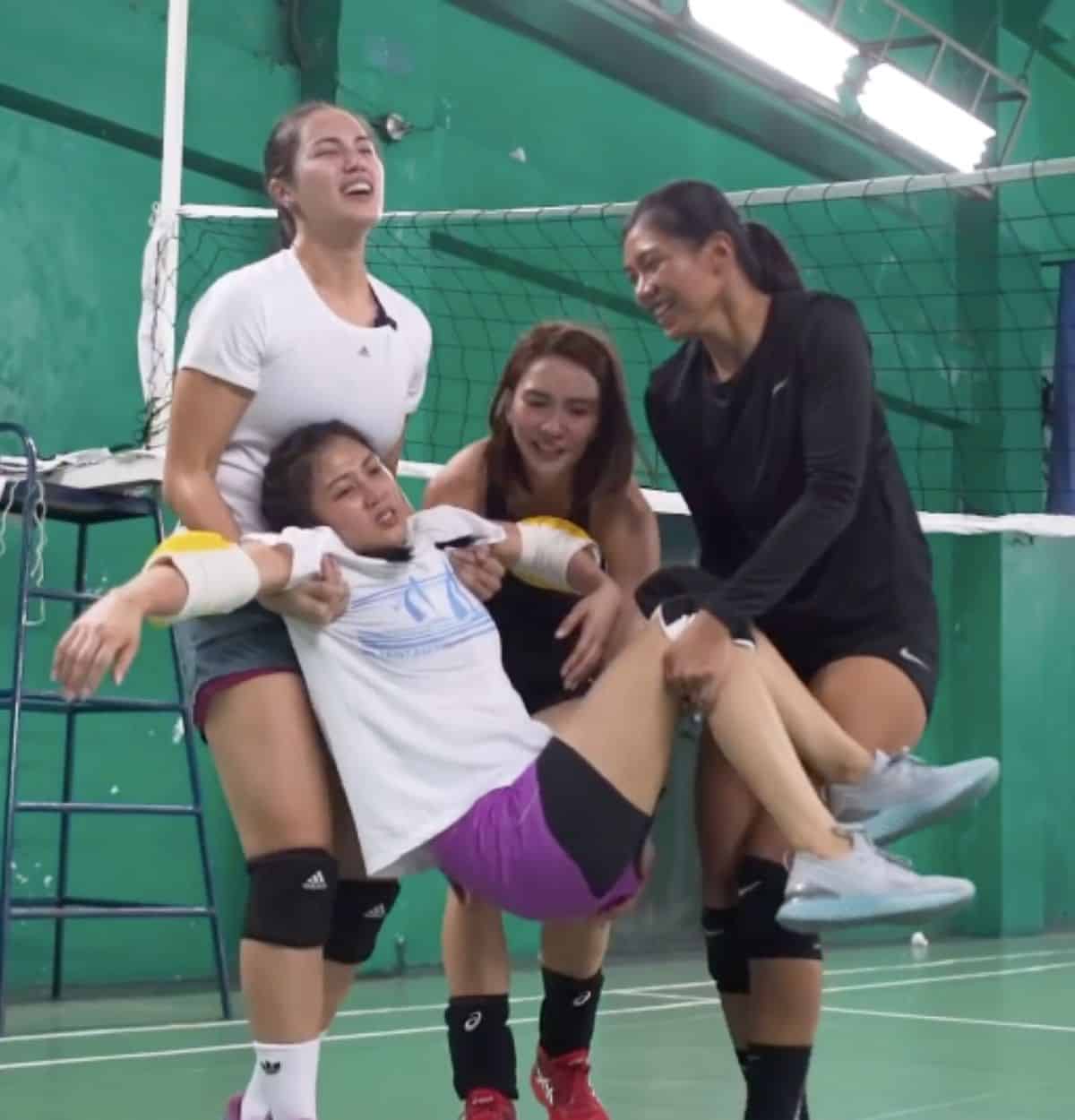 Alex Gonzaga’s most recent vlog is currently the top trending video on YouTube with over 3.5 million views and counting.

Her video uploaded on January 30 featured volleyball stars Rachel Daquis, Alyssa Valdez and Michelle Gumabao who taught the TV host-vlogger how to play their sport.

As preparation for their game, the star athletes first trained Alex in doing such volleyball moves as jumping, passing, setting, serving and spiking.

Alex’s husband Mikee Morada even visited to watch her play.

When asked what skills she learned during the “all-star” session, Alex joked that the only thing she learned was how to sweat profusely.

The three players then commended her for being a fast learner. They even quipped that she has the potential to be a volleyball coach.

Just a week ago, the celebrity YouTuber’s “wedding reveal” vlog became the No. 1 trending video.

“I was browsing YouTube because of Olivia Rodrigo before I (slept) and saw that my wedding vlog went to #1 again. 1 week na! Wow! Thank you netizens for celebrating with us,” she said in a tweet.