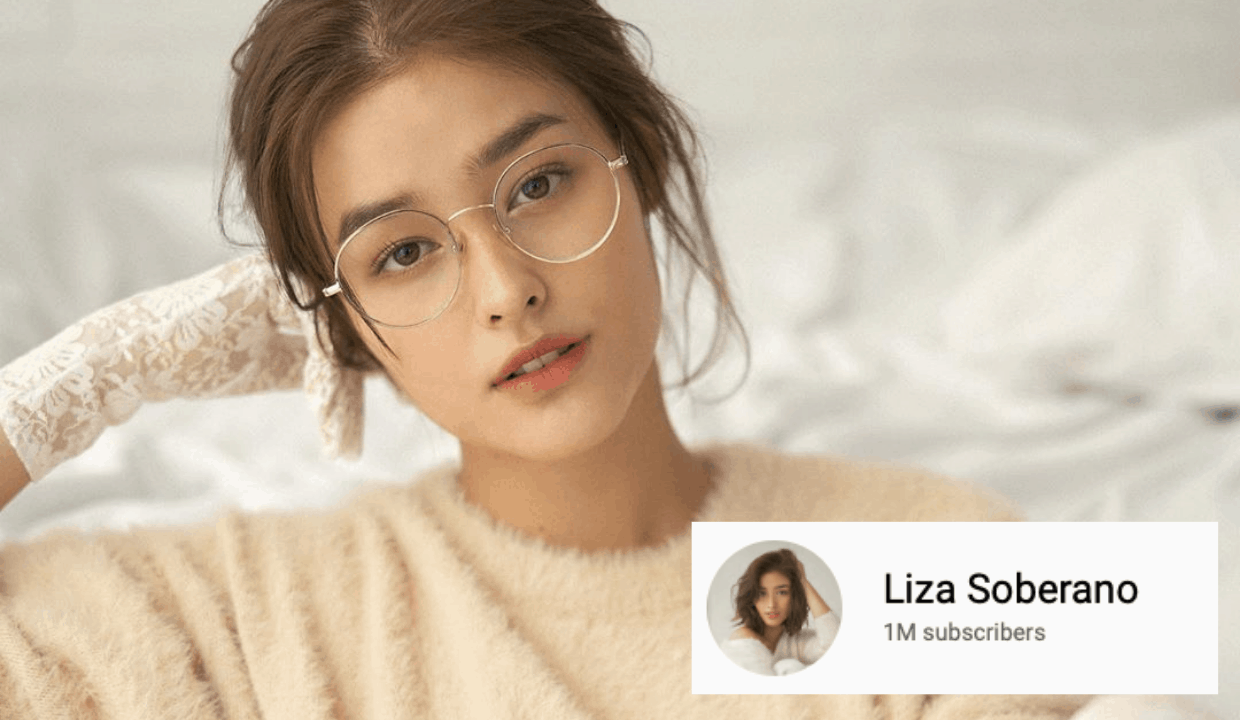 Liza Soberano has just hit one million subscribers on her YouTube channel. The actress started her journey on the video-sharing platform just two months ago.

The 22-year-old’s milestone was immediately celebrated by her fans on Twitter. “Happy1M LifeWithLiza” landed the ninth spot on Twitter Philippines’ top trending list as of writing.

Liza’s fans congratulated her for hitting a million subscribers with only eight videos uploaded to her channel.

Just a day before hitting the one-million mark, Liza premiered her new segment, Time for Trivia: Silver Edition, on her channel. The segment will test her knowledge on everything and anything under the sun.

“Learning new things is something that always excites me and that’s because I believe that we should always be open to new knowledge and educating ourselves with as much information as possible because learning is always good for you,” she said.

Liza uploaded her first-ever video on the platform back in July. Since then, she has been sharing more of her life through her vlogs.