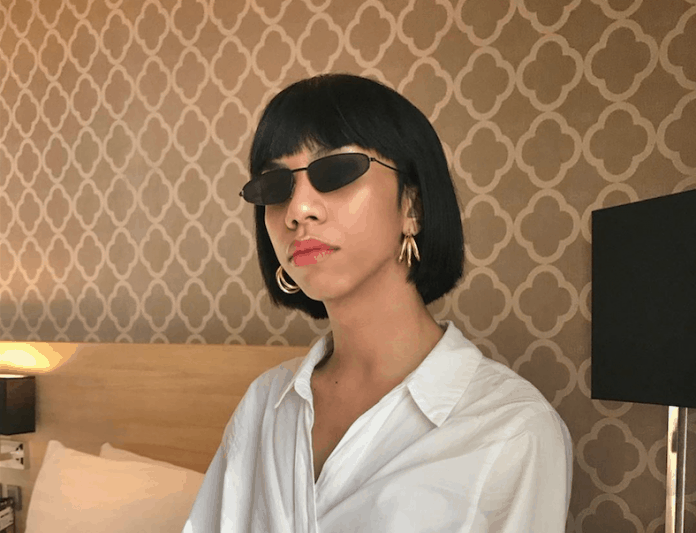 Fans of internet sensation Mimiyuuuh were displeased with his recent video with comedian Rufa Mae Quinto. The vlog sponsored by streaming platform HBO Go featured the two tasting various types of wine with a wine expert.

One of his fans started a thread on Twitter saying Mimi is turning into the likes of vloggers we “don’t stan anymore.”

“Nothing wrong with being funny for as long as you are respectful,” his fan wrote.

In his attempt to entertain his fans, they found Mimi to be disrespectful of the wine expert while she was teaching them how to eat certain breads and cheeses that would complement the wine.

“When you produce too much videos for brands you forget your own; the reason why people loved you from the beginning. I still try to watch her videos but I can’t finish it anymore. Unlike before, I’d be disappointed that her video is over,” the fan wrote in a following tweet.

The 22-year-old’s past nine videos were all sponsored content from different brands like Oppo, Ligo Sardines and HBO Go.

Another netizen also expressed his disappointment over Mimi’s new video.

“I like @mimiyuuuh but this felt cringy. I think Mimiyuuuh explained that they are having during the shoot but I can’t help not to feel bad for Mabel. She’s trying her best to share her knowledge in wine tasting but… I hope next vlog will be ok Mimi. Skkkrtt!” he wrote.

A concerned fan wrote: “Regarding your latest vlog @mimiyuuuh I hope you read the comments na full of concerns, kita ko lang din love you!”

After uploading the video, the vlogger turned off the comments sections which were filled with criticism regarding his demeanor in the video.

Some were defending Mimi, asking those who have criticized him to give him a chance.

“Saying that she’s turning into the likes of other cancelledt vloggers bashing on just a single video is just too much. She explained it herself that the wine expert and the others were not offended. It’s just one vid. Give her a chance,” they wrote.

“Agree. Too early to say na she’s turning like other vloggers. Its just one vid, malay ba natin kung super happy niya lang na kasama si Ruffa Mae and she wants to be in the same energy. Kalma lang, bago pa si mimiyuuuh sa youtube scene. Give her a chance,” another said.

Two days after posting the video, Mimi took to Twitter to acknowledge the issue.

His tweet said: “Everyday is a learning process and everyday you have a chance to correct your wrong doings. Let’s continue to lift each other up!! Sobrang thankful ako sa inyo!! SKRT.”

Another responded: “Sa wakas. Thank you Mimiyuuuh, at least you know you did something wrong and I suppose you are really thankful for our constructive criticisms.”