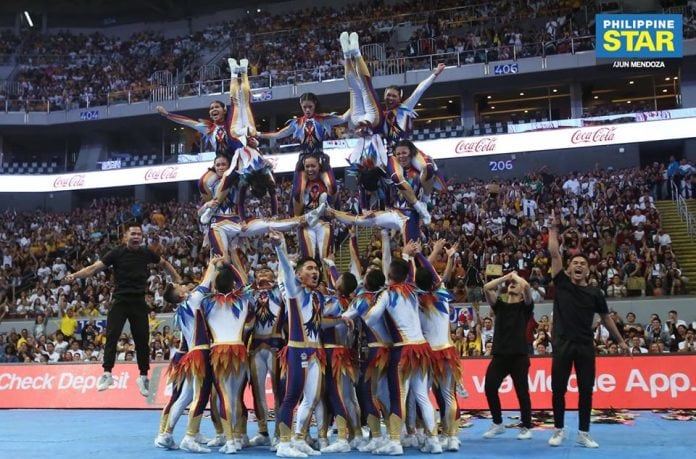 The National University (NU) Pep Squad charged back with a flawless routine to bag the UAAP Cheerdance Competition Season 82 title on Saturday at the Mall of Asia Arena.

Performing last among the eight universities, the NU Pep Squad was almost perfect as it showed patriotism in its routine. The bulldogs defended the cheerdance title with a Filipino culture-inspired performance. The squad ranked first in all but one of the five criteria — stunts, tosses, pyramids and dance. The NU Pep Squad garnered a total of 722 points.

The NU Pep Squad was also hailed champion in the Group Stunts Competition.