LOOK: Xian Lim learns how to fish in Manila Bay 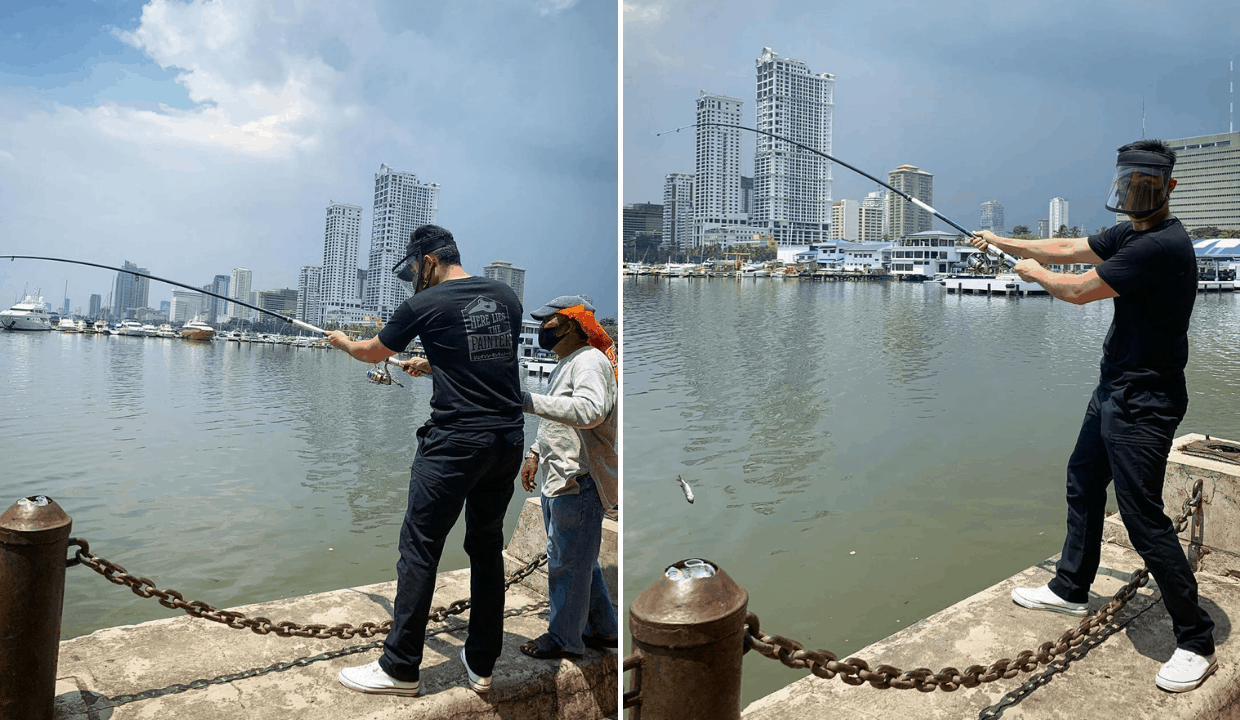 The actor said he had the privilege of learning how to fish from a man he met at the area.

“I had the privilege of learning how to fish in Manila Bay earlier today. Kuya mangingisda taught me his own style and eventually with enough patience… I caught one,” he shared.

He continued on to share his positive vibes with his fish-themed jokes.

Xian recently opened up on social media about his maternal grandmother’s health condition. In a video on his Instagram page, he revealed that his Lola Leonie is currently battling breast cancer and was scheduled to undergo a mastectomy.

Just days after his emotional video was posted, he was glad to share that his grandmother’s condition has already improved.

“Your parents will take care of you until you are able to be on your own until one day, it will be your turn to return the favor. This is a simple gesture of saying thank you for bringing me in this world,” he wrote.