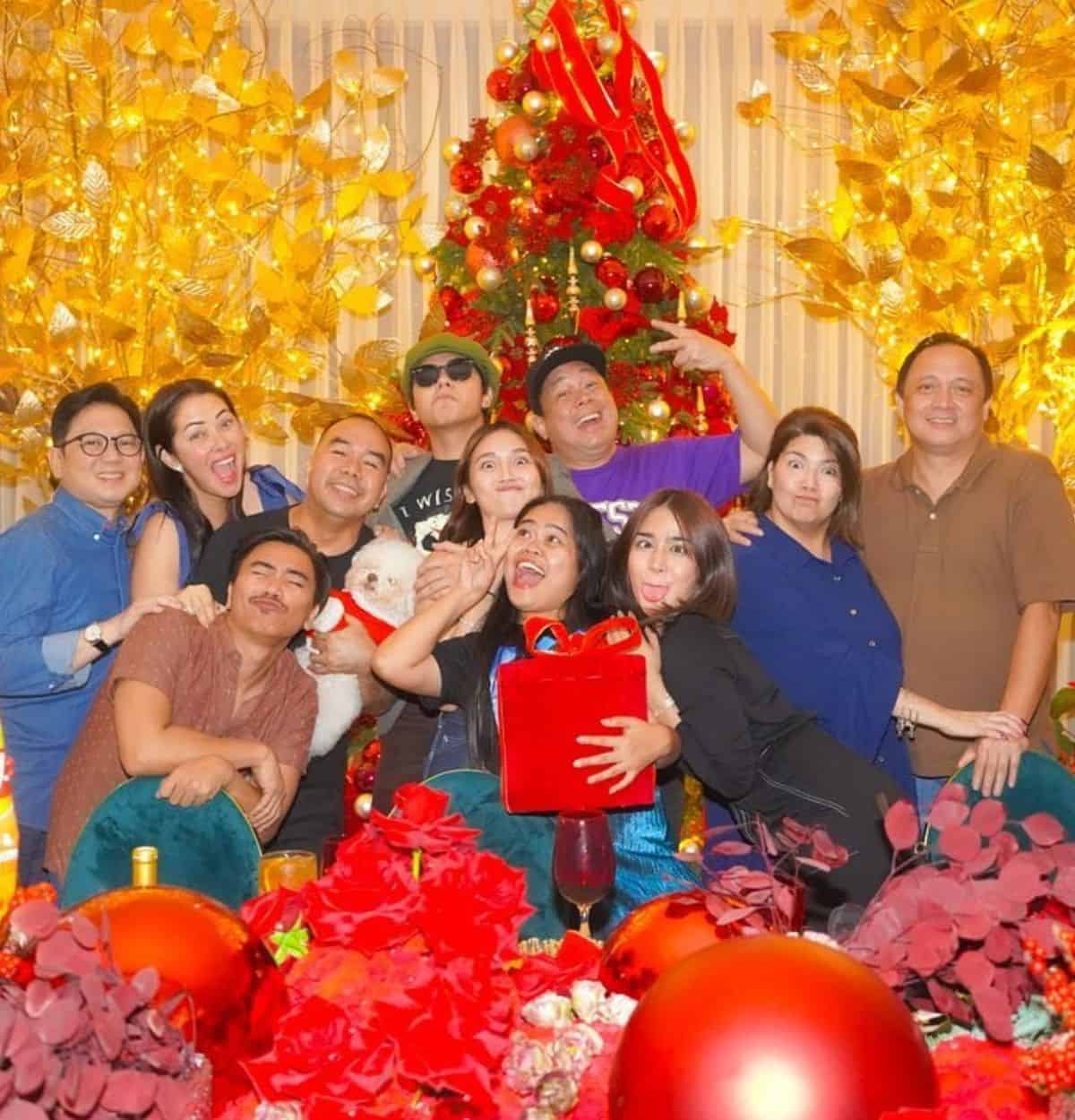 Kathryn Bernardo and Daniel Padilla along with the rest of the The House Arrest of Us cast celebrated Christmas early as they marked the end of filming for the digital movie series.

On Instagram, the star-studded cast shared moments from their intimate get-together.

Kathryn shared that she has built another set of friendship with this project.

“Another project done, another friendship! Merry Christmas, de Guzman & Capili families! Love each and everyone of you,” she wrote.

Vlogger Riva Quenery said Christmas came early because she was blessed with the friendship of her castmates.

Actress Alora Sasam even shared her “third-wheel” moment with KathNiel. In the video she uploaded, the couple were singing as she enjoyed her drink.

Meanwhile, veteran actress Arlene Muhlach said they all took an antigen test before their dinner.

“The night that was… old and new friendships, the young and not so old, bonding, Family. That’s what the yuletide is all about. Loving my #thaou fambam to bits,” she said.

Back in September, Kathryn and Daniel announced their first-ever digital series under ABS-CBN’s Star Cinema.