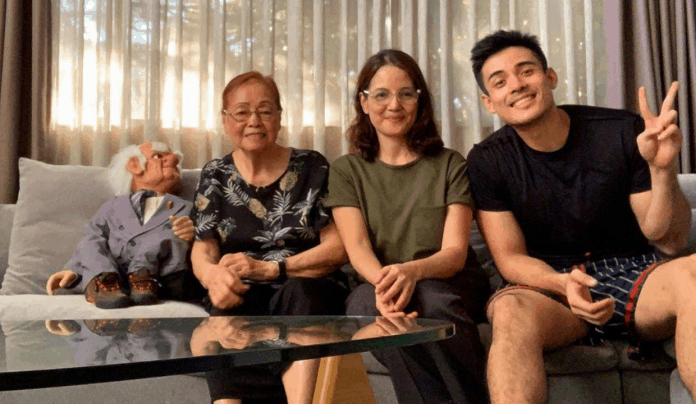 Actor Xian Lim thanked everyone on social media who wished his grandmother well after he revealed that his Lola Leonie is currently battling breast cancer.

“Thank you to everyone that expressed their concern and included my grandmother in their prayers,” he said.

The Love Thy Woman star said his maternal grandmother’s condition has already improved since her mastectomy was done.

“She’s doing a lot better one. Also, she really doesn’t like staying in one spot. She likes moving around, turning up her radio in full blast and doing crossword puzzles,” he said.

Xian shared that the sight of his mother taking care of Lola Leonie melted his heart.

“Your parents will take care of you until you are able to be on your own until one day, it will be your turn to return the favor. This is a simple gesture of saying thank you for bringing me in this world,” he wrote.

On August 25, the Kapamilya artist turned emotional when he opened up to his social media followers about his grandmother’s health condition.

He explained that he made his video to remind his followers to enjoy their moments with their loved ones.

“If you have a moment of your time right now, just go to your mom, dad or grandpa, your lola and just say I love you to them,” he said.