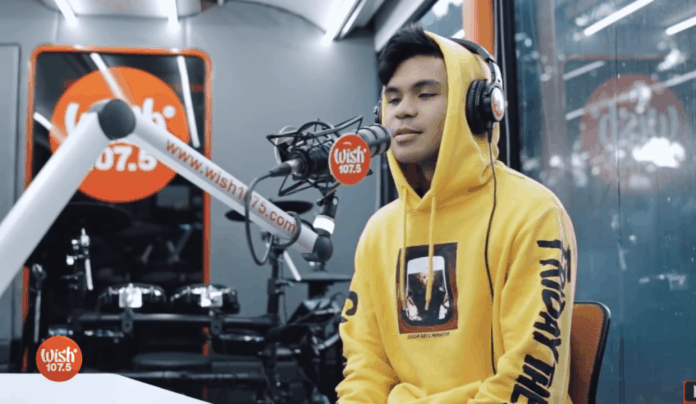 Early July, Michael Pacquiao caught the attention of netizens after his music collaboration with the South African rapper Michael Bars went viral on social media. This time, the 18-year-old showed off his rapping skills in a Wish 107.5 Bus performance.

Hate is one of the tracks for his upcoming debut album, Dreams.

His performance proved to be another hit for netizens. It has already collected 1.9 million views since it was uploaded yesterday, August 5.

In an Instagram live session with Bars, he said he couldn’t believe he was trending.

“I can’t believe I’m trending! Look at me — does this look like a guy that should be trending?”

Michael also revealed that he was actually sick during his live performance. “I had a little bit of tonsilitis and stuff.”

He also seemed overwhelmed that he found some overseas appreciation. “People reacted to my thing, like from the US and some other country, that’s crazy man. It’s crazy.”

His collaboration with Michael Bars paid homage to his father’s boxing career. As of writing, their song, Pac-Man, has already collected 2.5 million views on YouTube.