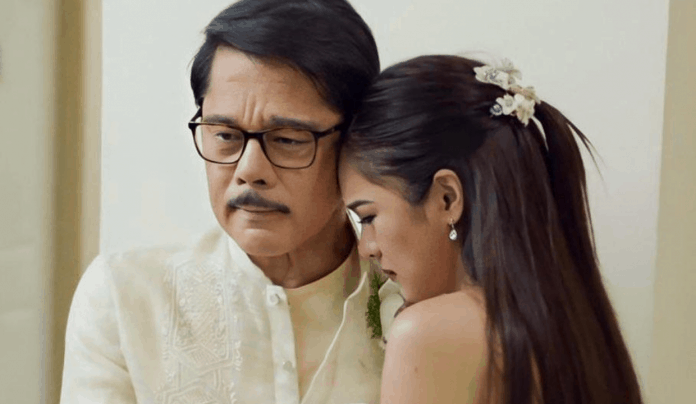 After Christopher de Leon bid his Love Thy Woman character goodbye, his co-star Kim Chiu took to Instagram to pen a heartfelt message for him.

“Thankful for the opportunity to have worked with you tito @sgt.pepper8 star struck at the beginning actually till the end,” started Chiu, who plays De Leon’s daughter in the serye.

“We all got worried. Praise God you survived and passed that stage,” she said.

Last March 17, De Leon announced in an Instagram post that he contracted the virus. Thankfully, after a month, he was able to recover and tested negative.

Chiu then thanked her “Tito Bo” for teaching her so many things during his run in the show.

“Thank you tito bo for teaching all of us that no matter how far, how high you have become as an actor, working with you made me learn so many things,” she wrote.

“Professionalism at its finest! The same level of acting no matter you are seen on cam or off cam, Support thy co-actor, and most especially your faith in God. Nakakabilib po,” Chiu added.

Kim then addressed De Leon, whose character Adam Wong was killed in the July 30 episode, as her Love Thy Woman persona Jia Wong.