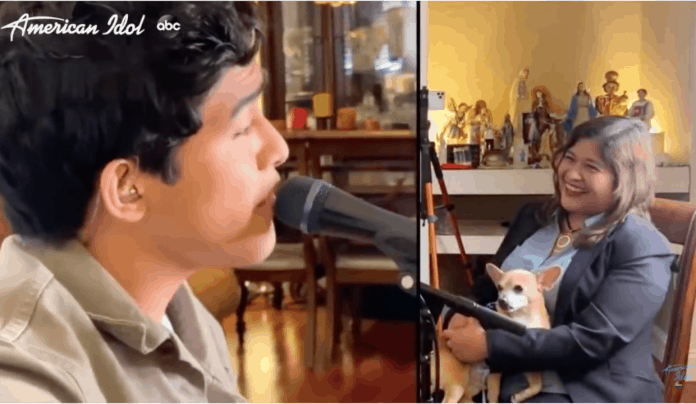 One of the show’s judges, Katy Perry announced the contestants who made it to the final seven. In the list, Francisco is joined by Louis Knight, Dillon James, Arthur Gunn, Julia Gargano, Just Sam and Jonny West.

The seven contestants were asked to perform their own renditions of a Disney song and a song dedicated to their mothers for Mother’s Day.

The 18-year-old talent sang his version of Tarzan’s You’ll Be In My Heart. In awe of his performance, Judge Luke Bryan called him the King of American Idol.

For his second song, he chose River by Leon Bridges as a tribute to his mother, Fatima Martin.

“I think he beat the original record. I mean we have heard that song so many times but man, from the first note, I would buy that right now. I would spend my money on it right now,” Bryan commented.

“Congratulations because you have a career and that is what’s the most important. We saw it happen here on American Idol.” Richie said.

Francisco’s performance last week was in honor of his mother and brother who are on the frontlines of the coronavirus pandemic.

“Just the thought of my mom and my brother, both of them working the front lines as nurses, I’m overall just proud of both of them,” he said in an ABC report.

“They’re both amazing people and they’re so brave. It felt really great singing about it because I felt like a bunch of the emotions I was feeling and all the anxieties lifted off my shoulders when I sang that song. So I’m really proud of that,” he added.

After this round, the top five contestants with the most votes will be announced next week. The finals will be on May 17.