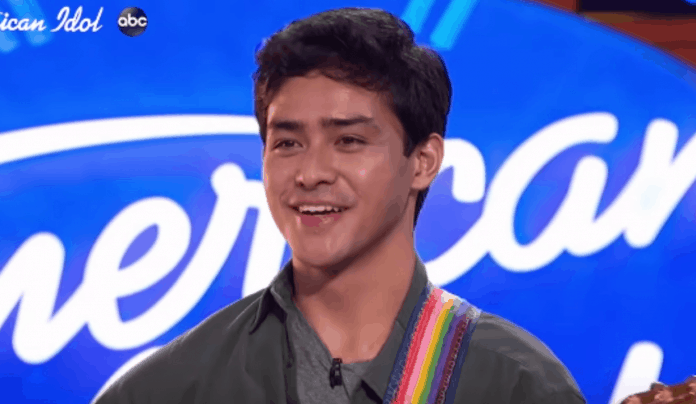 Filipino-American singer Francisco Martin was nothing but nervous for his audition on the talent competition series American Idol.

Luckily, judges Luke Bryan and Lionel Richie were more than happy to help calm his nerves. They even checked his heart rate just to make sure he was ready to showcase his talent.

Francisco’s version was loved by the judges. Luke even poked fun at how sneaky it was of the 18-year-old singer to mask his talent with cold feet.

“I just checked the pulse of a superstar,” he said.

Judge Katy Perry praised his “incredible voice” and persuaded him to perform his own song, if he had any.

“We just want you to win,” the pop star said.

Turns out, Francisco is not just a singer, he’s also a writer. He sang a snippet of a song he wrote inspired by a friend.

“Would you faint if I told you that you are Top 10?” Katy asked.

It was a no-brainer, the judges happily announced that he is going to Hollywood!

Francisco’s parents Fatima and John Martin are both Filipinos. They currently reside in San Francisco, California.