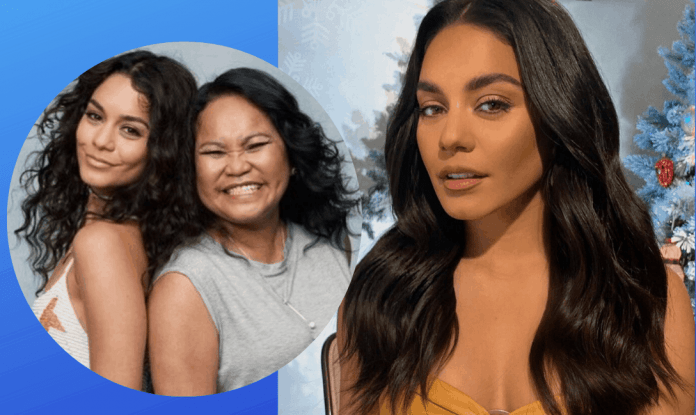 Hollywood star Vanessa Hudgens recently posted a birthday greeting for her Filipina mom Gina Guangco, calling her “my No. 1 fan and I’m hers.”

“Happy birthday to @mamagh. My favorite fiery, passionate, joyous woman. She’s my No. 1 fan and I’m hers. Love you for everything you do and are mommy,” the 30-year-old singer-actress wrote in an Instagram post on Tuesday.

In an interview for The Philippine Star published Thursday, the 30-year-old singer-actress talked more about this Filipino side of hers while promoting her latest Christmas-themed film, titled The Knight Before Christmas, now streaming on Netflix.

On the subject of the Pinoy food fare during Christmastime, such as the puto bumbong and bibingka, she claimed to have tasted the latter already.

“I got it at Goldilocks, a little restaurant here in California. My mom got it for me and she was like, you need to try this honey,” Vanessa recalled.

She also went on to say that she loves halo-halo. “Halo-halo is my favorite. And because it’s white and refreshing and delicious.”

According to her, the very Pinoy Christmas traditions that she had experienced are the family Christmas dinners or the Noche Buena.

“Definitely, I had the Christmas dinners. Like, we have lumpia, pancit, adobo and pandesal. I love pandesal so much, especially when it’s warm. Ah, so good!”

When asked about any future plans to visit the Philippines, she answered, “I am! I’m going to go. Yeah, I really, really, really want to go. It’s on my to-do list. I’m coming. I’m coming soon!”

Meanwhile, Vanessa mentioned that she’s a first-time producer on her Christmas film for Netflix, wherein she co-stars with the British actor Josh Whitehouse.

“It was wonderful, it’s really lovely. I felt like my opinion was really encouraged and I got to kind of shape the project into what it became,” she said.

“You know, (becoming a producer) seems like a smart thing to do. I think that as a producer, like I said, you kind of have more of a say in the film. So, I thought, that sounds like a wonderful thing to be a part of,” she added.

In the previous year, Vanessa topbilled her first Christmas-themed film on Netflix, Princess Switch. It became a hit and inspired a sequel for release next year. She will reportedly be back not only as lead star, but also as a producer.

Vanessa, who first shot to popularity via the High School Musical movie series back in 2006 to 2008, is also set to star in the Netflix adaptation of the Broadway musical Tick, Tick…Boom!, a report from the US website Deadline said. Hamilton creator Lin-Manuel Miranda directs.