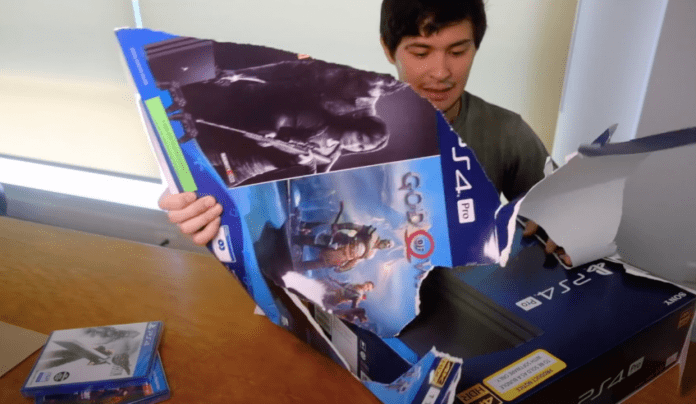 Matteo Guidicelli’s first unboxing video did not go as planned after netizens criticized him for how he opened his Playstation 4 Pro console.

In the video posted on June 2, the actor-athlete shared how his younger brother, Paolo convinced him to get the video game console.

“The last PS that I’ve ever had my life was a Playstation 1, that was like, when I was 8 years old. After that I never had a Playstation ever. My brother, he’s got a PS4, I bought him one and he loves it and I think because of the release he persuaded me to get a Playstation,” he said.

As he ripped open the sleeve of the box, he then realized that the sleeve was meant to be kept for the extended warranty service.

In the comments section, netizens were appalled at how he ripped the sleeve and unboxed the console.

Others even said that the video should be his “first and last” unboxing.

“It’s not about the warranty or how rich he is. It’s about the passion and love of the PS4/Gaming industry. Don’t do unboxing videos if you do it like a spoiled -i-dont-care-bout the box brat. This is just so painful to watch,” a netizen said.

Some commented on how “brutal” Matteo was in handling the package.

Others sided with Matteo, saying there was nothing wrong with how he unboxed the console.

They stressed that the actor already said that he is not good at unboxing.

“I honestly see nothing wrong on this video. Bakit lahat kailangan natin pakealaman? If he opens something way different than others, eh ano naman?”