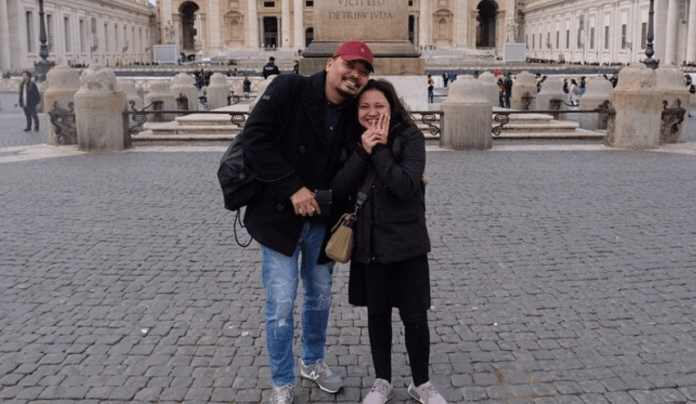 Creators of hit hugot films That Thing Called Tadhana, Never Not Love You and Alone/Together, Dan Villegas and Antoinette Jadaone are now engaged.

The 35-year-old director shared a piece she wrote back in 2019 on how she knew Dan was the person she wanted to share the rest of her life with.

“They say that there’s a particular moment when you just know you want to spend the rest of your life with a person, that s/he’s The One,” she shared on Instagram.

She continued on to enumerate different moments that could be one’s deciding factor in choosing The One. “I didn’t have any of those moments. Yet I knew Dan was it,” she said.

“I found a teammate in him – letting me do things on my own but also know when to call me out. It’s just that air of overwhelming love but never suffocating,” Antoinette shared.

For his part, Dan shared a photo of his fiancée happily showing off her engagement ring.

“Probably the best portrait I ever shot.”

Antoinette and Dan worked on their first film together in 2013, Star Cinema’s Bakit Hindi Ka Crush ng Crush Mo. Dan was the film’s director of photography, while Tonette was the script continuity supervisor.