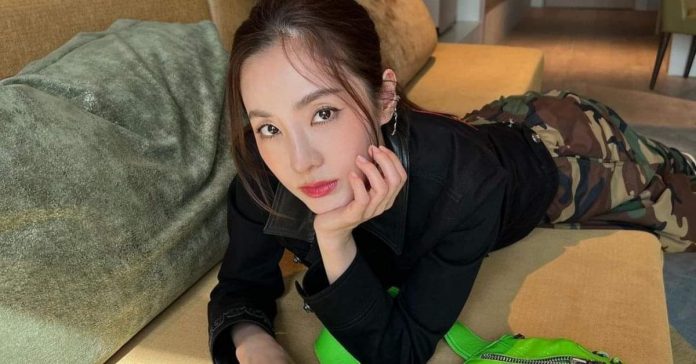 Sandara Park had a fun exchange with fans on Twitter!

The 37-year-old actress-singer often uses the platform to communicate with her fans. This time, however, Filipino netizens enjoyed reading her replies to fans asking her about the release of her album.

In the K-pop scene, “digimon” is a short-term word for “digital monster”. An artist can be considered as a “digimon” if they have successfully or constantly produced hit songs or charted high with public support from their releases.

A “digipack,” on the other hand, is a stylish jewel case album. This is more like a mini-version of the album, designed to resemble a book or CD sleeve while having the shape of a jewel case (regular CD case).

Fans of the actress-singer found her replies hilarious and cute at the same time.

Another fan on Twitter said, “I can’t wait for your solo album, unnie. @krungy21 I hope you can release this year so that you can promote here in the PH very soon.”

“Yah I should release the song this yr😭,” Park replied.

Fans are eagerly hoping for the former 2NE1 member to release her solo album soon.

In 2021, Sandara Park ended her ties with her longtime agency YG Entertainment after 17 years. She later joined the Abyss Company, being labelmates with Sunmi and BamBam of GOT7.