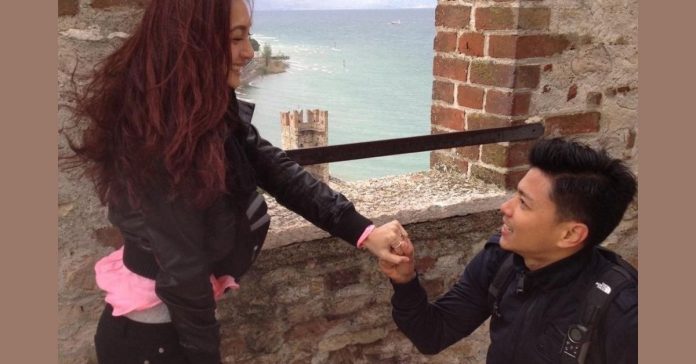 Iya Villania took a trip down memory lane for the most adorable wedding anniversary post for her husband Drew Arellano.

The television host couldn’t help but gush over the life she has with her husband now that their parents to three kids, and another one on the way.

“Took awhile for it to sink in when you finally proposed (even if I was waiting in anticipation during the trip!) But I think now, with 3 kids in and another on the way, it couldn’t be more real.

“What a life I have with you, love @drewarellano. 18 yrs together, 8 yrs married and still forever to go. Love you beb, happy anniversary,” she wrote.

Iya fondly shared that the TV host-athlete was even struggling to propose during their trip abroad as she constantly asked where he would pop the big question.

Meanwhile, Drew shared a snap of him and his wife with the caption: “8 to (infinity)! Happy anniversary, @iyavillania.”

The lovebirds exchanged their “I dos” after a decade of being together with a wedding in Nasugbu, Batangas.

Iya Villania reveals she gave birth to her youngest child...

Iya Villania looks back on pregnancy journey a week after...