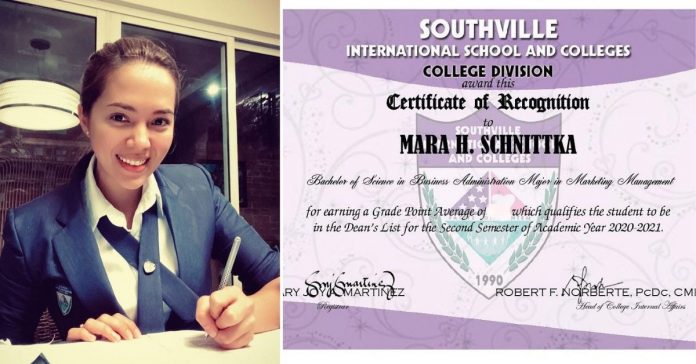 Julia Montes is nothing but grateful that she passed her second semester of college with flying colors.

On social media, the actress thanked those who supported her while she studied and worked at the same time.

On the post, she shared a photo of her certificate of recognition which indicated that she’s taking up Bachelor of Science in Business Administration Major in Marketing Management.

It was in September of last year when the 26-year-old announced that she will be embarking on a new adventure.

“I am glad to be part of Southville International School and Colleges as I officially go back to school,” she wrote on an Instagram post.

As of writing, Julia is now part of the cast of FPJ’s Ang Probinsyano as the leading lady of her rumored boyfriend Coco Martin.