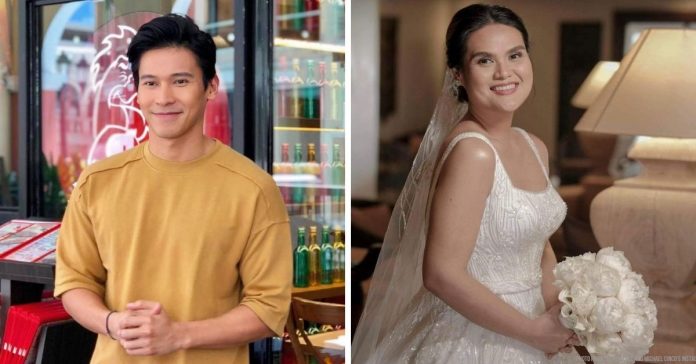 Enchong Dee has apologized to Party-list Rep. Claudine Bautista of Drivers United for Mass Progress and Equal Rights for his comments on her lavish wedding.

On Twitter, the athlete-actor said he is taking full responsibility for his lapse in judgment.

“With deep regret, I would like to apologize to Congresswoman Claudine Bautista, her husband, their families, and the Dumper Partylist. I reacted based on impulse without thinking of the consequences nor the harm it may cause,” he wrote.

Enchong added that he has learned to fact-check his statement to avoid the spread of false news.

The 32-year-old was pertaining to his now-deleted tweet about the controversial wedding that received backlash online for its extravagance during the pandemic.

Netizens and other celebs have criticized the politician for her lavish Balesin wedding all while representing a marginalized sector.

The congresswoman’s wedding caught the eye of netizens after fashion designer Michael Cinco shared that she donned one of his creations for the ceremony.