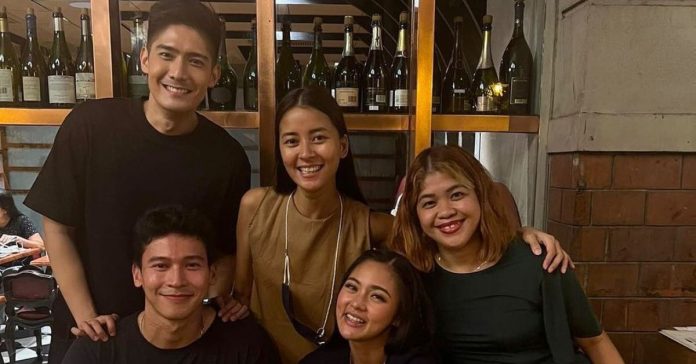 The hosts of Pinoy Big Brother have definitely built a friendship outside of their work duties.

Melai Francisco took to social media to share the snaps from the fun night she had with her PBB co-hosts Kim Chiu, Enchong Dee, Bianca Gonzalez and Robi Domingo.

Based on the comedian-host’s post, their night out was is one of their monthly hangouts organized by Bianca.

Meanwhile, Kim shared the snaps from their catch up sesh on her Instagram stories.

Her caption read: “Love this! Catch up night with PBB fam. Love you all! The best parin ang mga hirit ni @mrandmrsfrancisco.”

Robi revealed that the ABS-CBN hit series is “on a break after a long run” when he clarified that he is not leaving the roster of hosts.

The reality competition show ended its 10th season on an emotional note back in May after they named Anji Salvacion as the big winner.

Bianca Gonzalez reacts to basher’s comment on her ‘low views’...