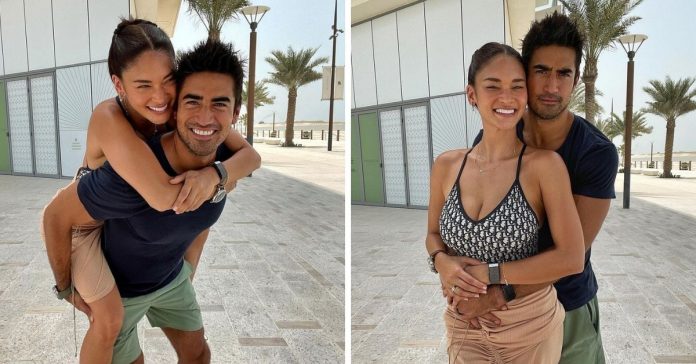 Pia Wurtzbach and Jeremy showed off their goofy side in the cutest set of photos they took while traveling in Abu Dhabi.

On Instagram, the Miss Universe 2015 shared a compilation of her and her Scottish businessman boyfriend’s photos where she showed the meaning of “makulit”.

“When he asks me what ‘makulit’ means… O ngayon alam mo na. Nakaganti naman na siya sakin. Nahulog ako… wait til the last frame to see what I mean,” she wrote.

In the last frame, Jeremy jokingly dropped Pia as she tried to hold on to him to maintain their piggyback pose.

Under the comments section, Pia’s pageant queen friends gushed over their cute dynamics.

The couple finally reunited after months of being apart in early July.