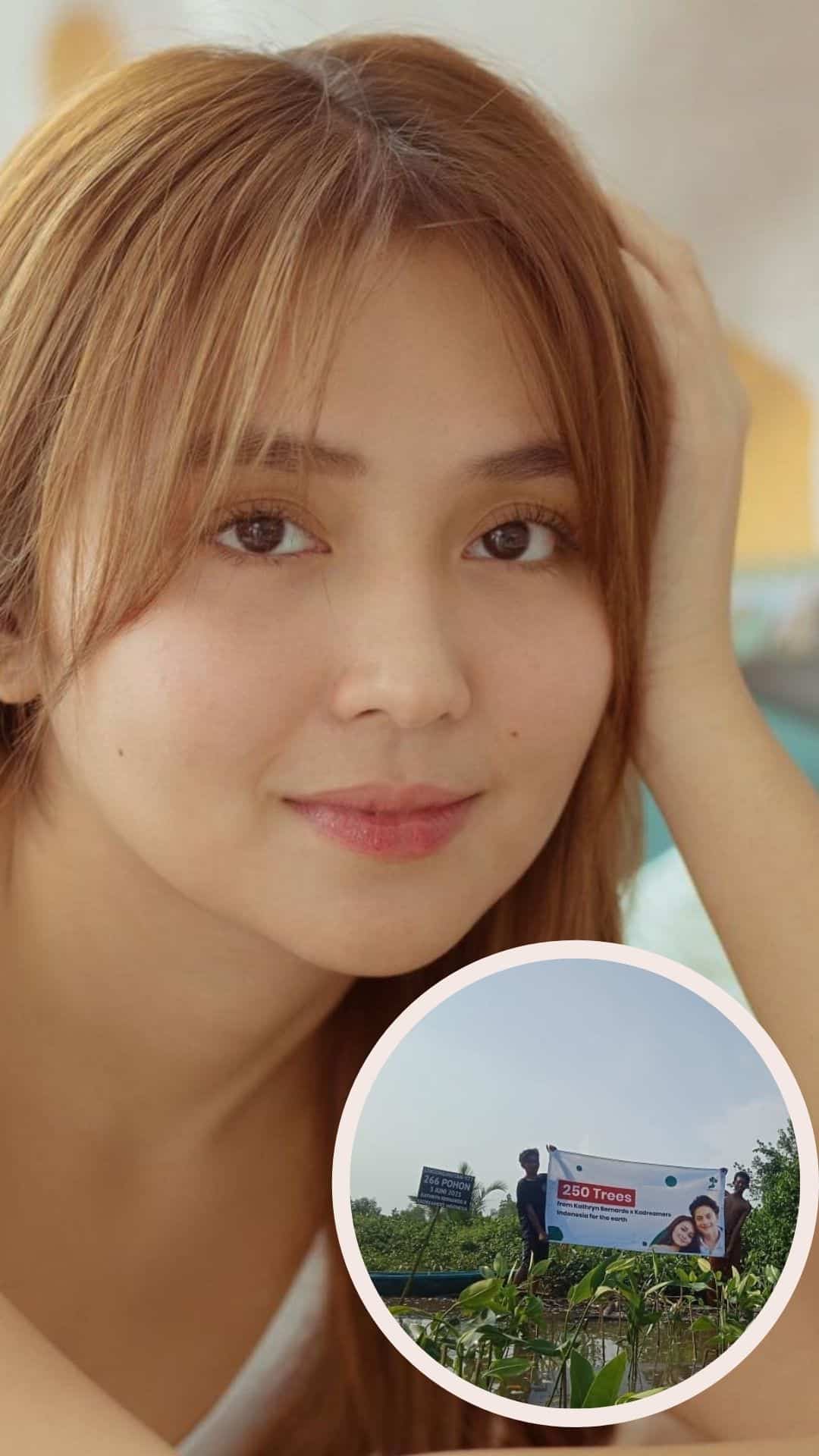 Kathryn Bernardo’s fans in Indonesia surprised the actress with a good deed.

The actress’ fans in Indonesia, the KaDreamers Indonesia, had 266 tress planted in their idol’s name.

On Twitter, the group shared the photos of the new trees planted along with a banner that indicated that the trees were “from Kathryn Bernardo x Kadreamers Indonesia for the Earth”.

While on Instagram, Kathryn’s longtime boyfriend Daniel Padilla thanked the group for their effort.

The 266 trees were planted in Kampung Laut, Cilacap in Indonesia.

Kathryn Bernardo gets own studio from her mom