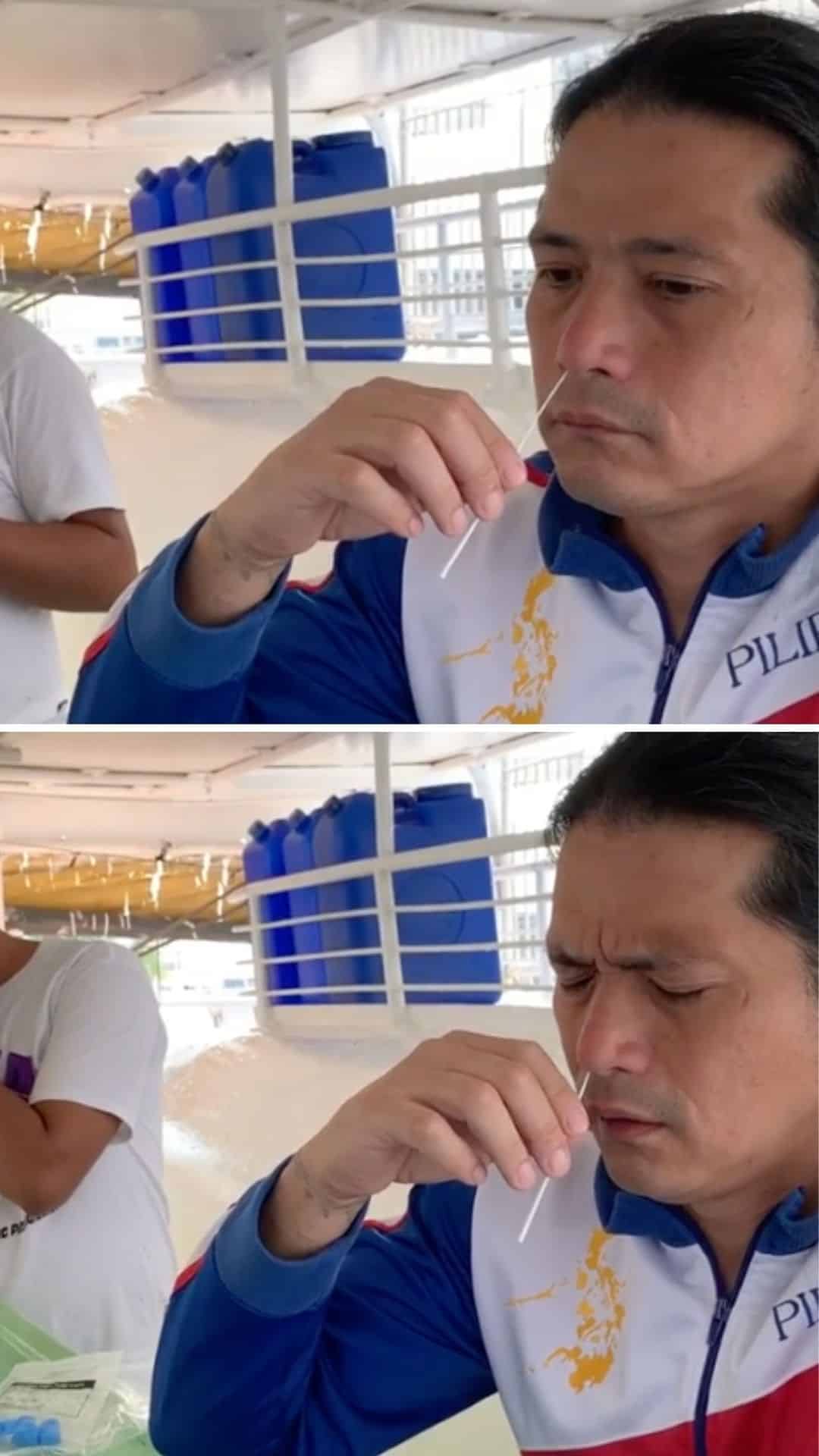 Robin Padilla received mixed reactions from netizens after performing a COVID-19 swab test on himself.

On Instagram, the actor shared a video of him putting a swab in his nostril as an attempt to do the test himself.

His caption explained that their nurse has not arrived yet so they decided to perform the test on their own.

“Do yourself a favor and stop sticking things up your nose like Robin Padilla. Kids who do that usually end up in the emergency room,” a Twitter user wrote.

Self-testing kits, also called as at-home tests, are already authorized and made available over-the-counter in other countries like the US. However, self-tests have not been approved yet in the Philippines.

In a past CNN Philippines report, testing czar Vince Dizon said the use of self-swabbing kits cannot guarantee accuracy since it has not been advised by medical experts here.

The Department of Health reported back in February of last year that self-administered test kits have not been approved by the Food and Drug Administration (FDA) of the Philippines.

Lindsay De Vera speaks up on rumors linking her to...